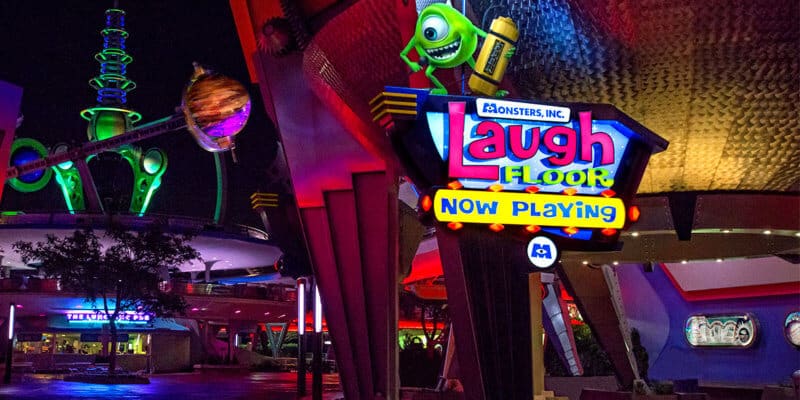 As Disney World continues to reopen alongside the pandemic, more attractions and offerings are once again becoming available to Guests.

When Disney World reopened, one of the biggest things missing was entertainment. Even now, the majority of entertainment has yet to return. However, we know shows such as Beauty and the Beast at Disney’s Hollywood Studios are on their way to a grand re-opening!

Another show that many have missed at Magic Kingdom is Monsters Inc. Laugh Floor. The comedy show is highly interactive with its audience and provides a unique presentation on each visit, making the attraction feel fresh each time. The show was set to return on August 8, but it seems that the Monsters Inc. team was eager to fill their tanks with laughter days early because the show has soft-opened to Guests.

If we take a look at the My Disney Experience app, we can see that there is once again a wait time for Monsters Inc. Laugh Floor, signifying that it is currently open.

According to the Walt Disney World website, the show will operate from 12:00 p.m. to 8:00 p.m., closing two hours before the rest of the theme park.

A Monstrously Funny Show
Step inside the only laugh factory in Monstropolis and make your way into a comedy club hosted by Monster of Ceremonies Mike Wazowski. These scare-acters love to engage the audience. Don’t be surprised if you become part of the show!

Got a Good Joke?
Text your favorite joke before the lights go down and it could be used in the show! Watch Mike Wazowski’s video while you wait and listen for the instructions. Standard text messaging fees apply.

Are you glad to see Monsters Inc. Laugh Floor return to Magic Kingdom? Let us know in the comments below!