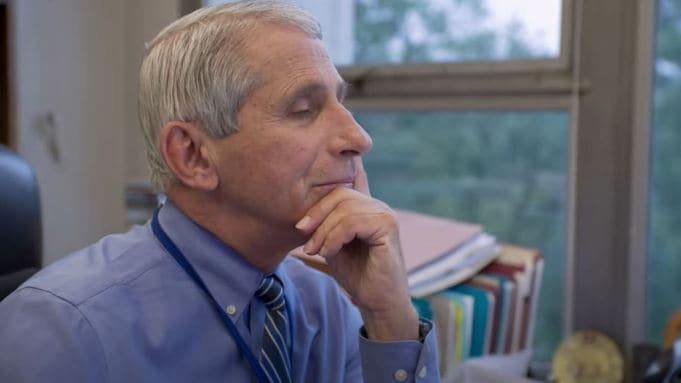 For over one year, people have been dealing with the devastating effects of the COVID-19 pandemic. Doctors and scientists have come together to help people navigate this difficult time, and now to encourage people to get the COVID-19 vaccine. One of the leaders in the fight against COVID-19 is the longtime Director of the National Institute of Allergy and Infectious Diseases, Dr. Anthony Fauci.

Along with being the Director of the NIAID, Dr. Fauci has been a special advisor to every United States President since Ronald Reagan. Dr. Fauci has worked to help fight a number of infectious diseases, including HIV/AIDS, malaria, Ebola, and Zika.

Dr. Fauci has been a large public presence since the outbreak of COVID-19, and National Geographic wants the world to know more about the man behind the lab coat, so they have filmed a documentary. Fauci will paint a detailed portrait of the famed doctor and will premiere in select cities on September 10 — those cities being ones that have mask and safety mandates in place for movie theaters.

Fauci was announced back in October, but we now know that it will premiere on Disney+ in October.

Here is some more information on the new documentary from What’s On Disney+:

A world-renowned infectious disease specialist, Dr. Fauci has valiantly led the U.S. fight against every epidemic our country has faced over the past 50 years, from AIDS to SARS to Ebola, and now, COVID-19. The longest-serving public health leader in Washington, Dr. Fauci has worked under seven presidents and is revered on both sides of the aisle. He has testified before Congress — with his trademark Brooklyn accent — more than any other person in American history. Through intimate interviews, Dr. Fauci will take us on a journey through his remarkable career, with a particular focus on HIV/AIDS — from the dark years when there was no treatment and little funding to the advent of triple therapy, and his efforts to bring cutting-edge medications to sub-Saharan Africa through the development of The President’s Emergency Plan For AIDS Relief (PEPFAR), which has saved more than 18 million lives since 2003.

But the man America has come to know and trust over this past year was forged even earlier: during his childhood in Brooklyn working at his father’s pharmacy, by his rigorous Jesuit education at Regis High School and Holy Cross College that instilled in him a sense of duty to others, and in the endless night shifts during his residency at New York Hospital.

The film will also feature the voices of many of those who have influenced him, and whom he has worked alongside — and for — including President George W. Bush, Bill Gates, Bono, former HHS secretary Sylvia Burwell, former national security advisor Susan Rice, NIH director Dr. Francis Collins, former CDC director Dr. Tom Frieden, key AIDS activists and organizers, and many others, including his family, friends and former patients.

You can watch the trailer for Fauci below.

While we know that Fauci will have a theatrical release on September 10, a specific October Disney+ premiere date has not been announced at this time.

Will you be watching Fauci when it premieres on Disney+ in October? Let us know in the comments!