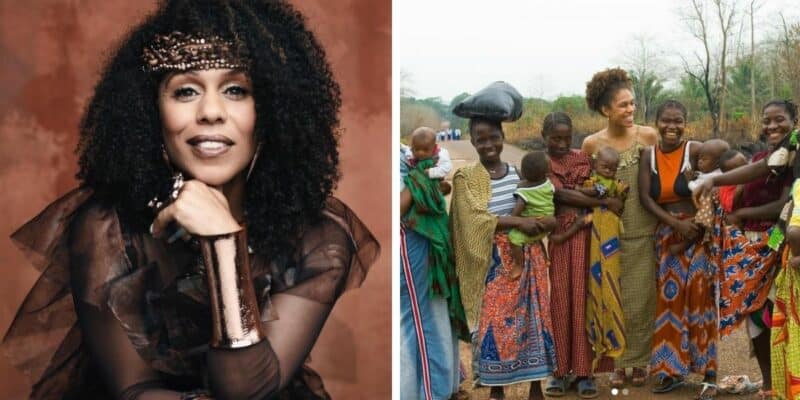 Imagine being adopted, and while on the search for your birth parents, you find out that you are actually a princess? It sounds like the plot of a Disney movie, right?

Well, this is actually the real-life story of Sarah Culberson, but reportedly, it will soon be a Disney film as Disney is set to make a movie on Sarah’s story, which is a pretty amazing one. Sarah was adopted and lived with her parents in West Virginia. When she turned 21, she decided to go on the hunt for her birth parents. She found out her mother unfortunately passed due to cancer 10 years prior, so all that was left was her biological dad.

Sarah hired a private investigator who could find her biological aunt and uncle in Maryland, and upon meeting them, the biggest news she could ever imagine was revealed to her, she was a princess! Her uncle told her she was the princess of the Mende tribe in Sierra Leone, where her biological father lived. Sarah discovered this 7 years after she began her search, now age 28.

Sarah embraced her princess role right away. When she arrived, they were recovering from an 11-year civil war, and Sarah wanted to help right away. She would go on to “establish non-profit foundation Sierra Leone Rising, which advocates for education, women’s empowerment and public health safety. It also promoted Mask on Africa, a campaign that encourages people to wear masks to curb Covid-19”.

On the Tamron Hall Show, Sarah noted that her “life completely changed. Being a princess is about responsibilities”. Sarah is now 45, and since finding out she was a princess, she has become a public speaker, written a memoir, worked in education and continued to help the residents of Sierra Leone.

At the moment, there are no further developments from Disney regarding the film; however, it seems that they have their source material readily available with Sarah so willing to share her story, along with her now published memoir! Plus, with it being Princess Week, this is a great time to hear Sarah’s story, and envision it on the big screen.

What do you think of Sarah’s overnight princess story? Let us know in the comments below!