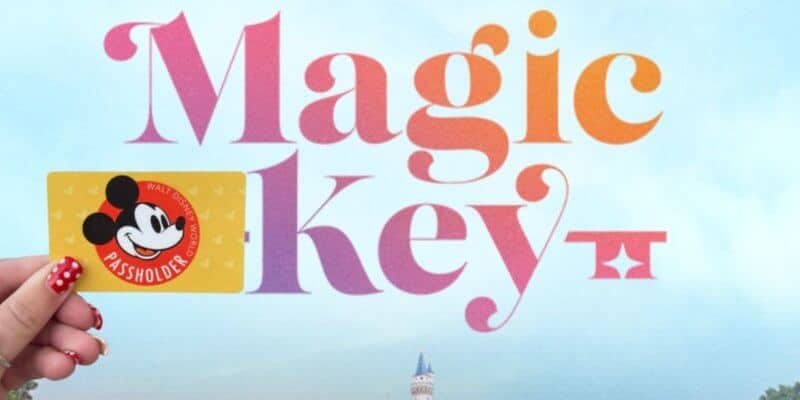 Now that Disneyland Resort has introduced their Magic Key Pass after being without their previous Annual Pass for half a year, it is interesting to see how this new pass differs from the Walt Disney World Resort Annual Pass.

In January 2021, when the California Disney theme parks were still closed, Disneyland ended the Annual Passport program and created Legacy Passholders — a group of former Annual Passholders who now can receive discounts on merchandise. While discounts were appreciated, now that Disneyland Park and Disney California Adventure Park are open, many Disneyland Resort Guests have been hoping for a new pass announcement that would allow them to save money on their visits to the theme parks instead of having to purchase individual tickets every time they wanted to go.

At Disney World, Annual Passes were never completely canceled during the pandemic; however, only those who previously held an Annual Pass could own or renew their pass, and new Annual Pass sales have continued to be suspended. Now, it has been announced that Disney World will resume the sale of their Annual Passes in time for the 50th anniversary, but “Walt Disney World Resort will be sharing additional information and details later this month.”

There are some key differences when it comes to theme park reservations for Walt Disney World Resort Annual Passholders and those who purchase a new Magic Key Pass at the Disneyland Resort.

At Disney World, Annual Passholders can only make three Disney Park Pass reservations at one time, regardless of their Annual Pass tier. This means that Annual Passholders can only guarantee three Park visits at a time, even while paying for a pass that provides entry 365 days a year. As a Platinum Passholder myself, I can say that the limited number of Disney Park Passes has been tough. If there was a day you want to secure a pass for but it is not for a few months, you end up having to either book a hotel and secure the reservation as a Resort Guest, or you must operate with only two Park passes at a time, having already booked one far in advance.

With Disney Park Passes constantly booking out weeks in advance in some cases, having three options has become increasingly difficult. Disneyland Resort, on the other hand, may have just solved that issue. The Magic Key Pass has various tiers for types of passes, much like Disney World’s Annual Pass system, but allows those who pay more to have more theme park reservation opportunities.

Now that Disney World is resuming the sales of  Disney World Annual Passes, it will be interesting to see if these new levels of theme park reservation capabilities at Disneyland carry over to Disney World. With the 50th anniversary around the corner and tourism continuing to increase, as well as the opportunity soon for anyone to become an Annual Passholder once again, on top of a currently reduced capacity theme Park experience, the demand and competition for Disney Park Passes are too high to reserve your spot the even just the day before.

Being allowed to make up to six Disney Park Passes at once, for the highest tier of Disney World Annual Passes, could allow for Annual Passholders the chance to make some Park Pass reservations in advance while still having enough to enjoy the more immediate or last-minute theme Park visits that they had come to love before the reservation system was introduced. At the moment, Disney has not announced any changes coming to the Disney World Annual Pass system, but Inside the Magic will be the first to let you know how the pass will work if any changes arise.

Would you like to see a more similar tiered reservation system applied to the Disney World Annual Pass system as we have seen on Disneyland’s newly introduced Magic Key Pass?