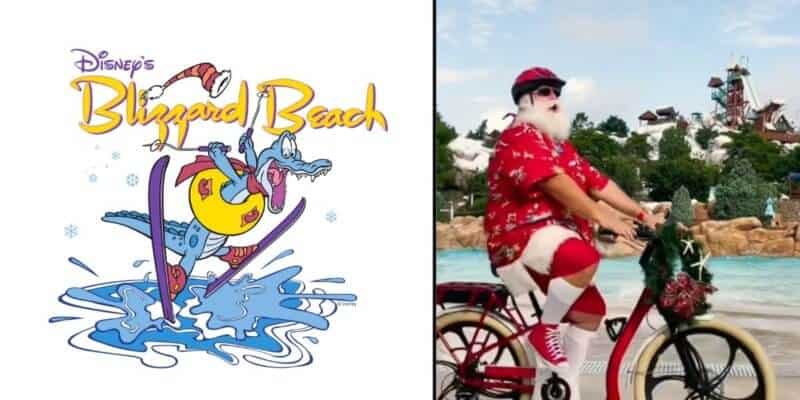 Who is the best person to share the exciting news about celebrating the holiday season at Disney Parks? Santa, of course!

Recently, Disney Parks Blog has been hosting Halfway to the Holidays, giving us Disney fans eveyrthing we hoped for and spreading Christmas cheer early with announcements regarding which festivities will return to the theme parks.  So far, we know that the EPCOT International Festival of the Holidays is back in 2021 and a new Disney After Hours event will be replacing Mickey’s Very Merry Christmas Party, but we suspect Disney is still saving more surprises for later.

From the looks of Disney Parks’ newest TikTok video, Disney has invited Santa Claus to enjoy some time away from the North Pole to let everyone know that Disney Parks will be live tonight!

Does this mean we are getting more Halfway to the Holiday news for Walt Disney World Resort?  Or maybe Disney is leaking more Christmas information for Disneyland Resort — we know we can celebrate Halloween soon, for example, now that Oogie Boogie Bash tickets are available! Either way, we are excited to see summer Santa living his best life in front of Disney’s most thrilling waterslide, Summit Plummet:

There is one big Christmas detail we mentioned yesterday that may be tied to this live stream tonight! Just like Summer Santa, Disney announced that Jack Skellington and his Halloween crew will also be taking a summer holiday!

Speaking of “Tim Burton’s The Nightmare Before Christmas”… we all know Jack Skellington for his merry misadventures during Halloween and Christmas, but even The Pumpkin King needs a holiday every once in a while. This July, Jack is headed on summer vacay — and you’re invited to join in on the frightfully fun festivities. Be sure to check back here for more information on how you can hang ten with Jack and his misfit crew this summer season at Disney’s Nightmare Before Christmas Halloween Town Beach Club.

We could possibly hear more information regarding this event in tonight’s Disney Parks Blog live stream or even see Jack Skellington make an appearance alongside summer Santa!

Tune in and check back with Inside the Magic as we continue to update you regarding Halfway to the Holidays news and updates!

What do you think Disney Parks Blog is revealing tonight? Let us know in the comments below!

If you want to visit Walt Disney World soon, let Academy Travel guide you to the best Disney vacation yet! Plus they are EarMarked Diamond!

Comments Off on Summer Santa Visits Disney For a Special Announcement!