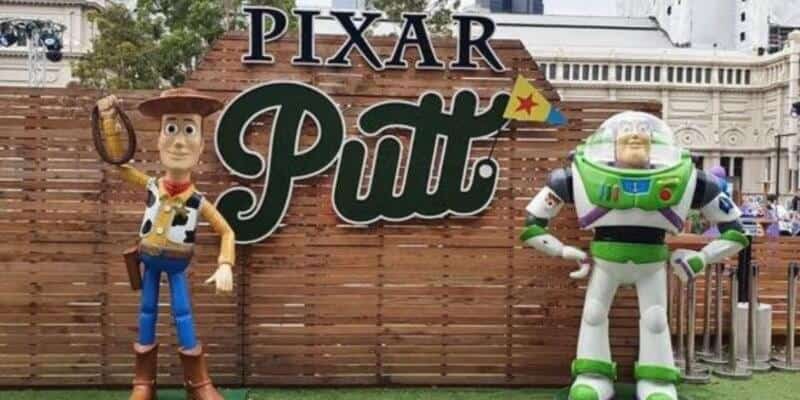 Hey there, Pixar fans! Want to do something fun this summer that involves a Pixar-inspired pop-up experience? Guests can take some fancy Instagram shots and show off their elite putting skills at Pixar Putt, co-presented by Rockefeller Productions and Teg Life Like Touring!

Made up of 18 fun and interactive holes inspired by the stories, characters, and icons from some of Disney and Pixar’s most beloved films including Toy Story, The Incredibles, Monsters, Inc., Finding Nemo, Coco, A Bug’s Life, Wall-E, and Inside Out, Pixar Putt is set to take Guests to infinity… and beyond!

Adults 18 and over can enjoy Pixar Putt After Dark, which will be available on Friday and Saturday from 7:00 p.m. to 10 p.m. Tickets can be purchased by visiting www.pixarputt.com

The best part of this fun experience is that after the Pixar Putt experience concludes its NYC residency, it will be touring the United States:

Following its run in New York City, Pixar Putt will continue touring nationally, slated to be presented in San Diego, San Francisco, Los Angeles, Dallas, and Chicago (with more locations to be announced).

A perfect socially distant summer outing for any Pixar fan. The safety of patrons and staff is a top priority for Rockefeller Productions and TEG Life Like Touring. Pixar Putt’s standard COVID Safe measures include capped player numbers on the course, physical distancing measures in queues and on course; sanitizer stations located onsite; plus sanitizing of all golfing equipment between users for every session, each day. These measures follow all federal and local guidelines and will be updated as those guidelines change.

Tickets are expected to sell out quickly, and advance booking is recommended. Tickets will only be available through the official website for the experience.

Are you excited to see this new Pixar-inspired pop-up? Let us know your thoughts in the comments below!

Comments Off on NEW Pixar-Themed Mini Golf Course Is Touring the Country!