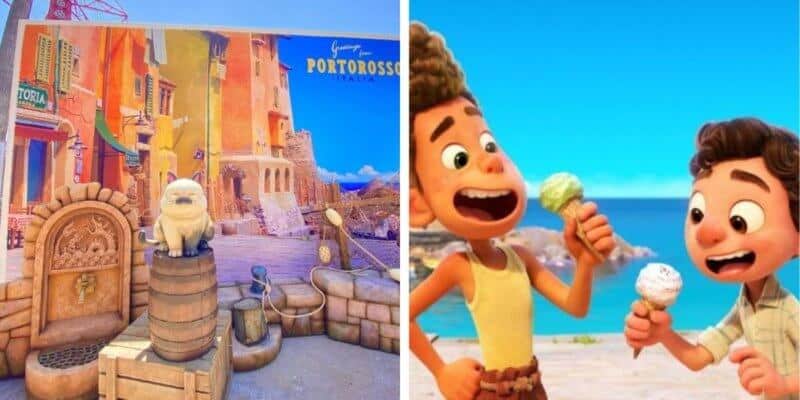 Lately, we have seen a major push at the Disney Parks to include ongoing film and TV series IP into the Park so that Guests can experience what they see on Disney+ in real life.

A perfect example of this is the evolution of Loki that we are currently seeing in real-time at Avengers Campus in Disney California Adventure at Disneyland Resort. As the new Marvel series debuts each Wednesday on Disney+, Guests visiting Avengers Campus can see the character as he is represented in the latest episode. Considering Loki is continuously changing his garb, all of these changes are highly noticeable and allow for Guests to feel like they can step into their favorite shows.

Another way we see Disney include films and series into their theme parks is through photo-ops! Disney’s latest film debut was Pixar’s Luca, which went straight to Disney+. The film has been highly talked about by many for its storyline and its connection to the LGBTQ+ community, as determined by many viewers — even though the director has noted that this was not the image he intended!

Now, Guests at Disney California Adventure can take a photo in Portorosso! A new Luca photo op installation has been added, and it not only has a beautiful background as seen in the films, but there are physical props and set dressing, as well. Wonders_of_magic (@Wonders_of_magic) took to Instagram to post the photo-op!

We can even see the iconic fountain, which has the detailed engraving of a sea monster on it, and Machiavelli, the angry Italian cat many viewers fell in love with from the film.

These photo-ops tend to be temporary, so if you are a big fan of the film and are headed to Disneyland soon, this is definitely a great added offering that will be unique to your experience!

What photo-op would you like to see come to a Disney Park next?