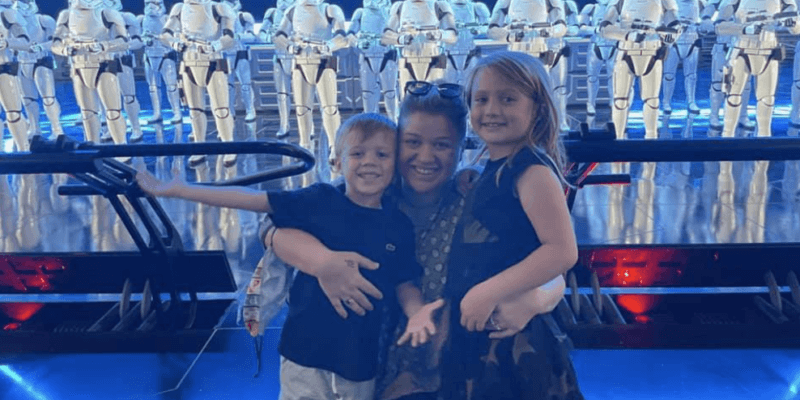 As more and more celebrities visit Disney World and Disneyland, it seems that there is one attraction calling their name.

When any Guest visits Disney World or Disneyland, there is always so much to choose from! Guests can pick a dark ride, a thrill attraction, or just sit on Main Street, U.S.A. — there is something for everyone! Although there are many attractions, there are a few that are more technologically advanced than the rest.

Rise of the Resistance is the biggest attraction in the land, requiring Guests to have a Boarding Pass to ride. It also seems to be the place that many Hollywood stars are flocking to. Singer Michael Bublé recently went with his family and deemed it to be the best attraction at Disneyland. On the other coast, ex-American Idol judge Paula Abdul also explained her loved for the attraction by putting on a full dance performance in the queue.

Now, it looks like another American Idol alumni has visited Disney World and joined the Rise of the Resistance team! Kelly Clarkson recently took to Facebook to talk about her love for both the attractions at Star Wars: Galaxy’s Edge and Pandora — The World of Avatar in Disney’s Animal Kingdom.

“These aren’t the droids you’re looking for.”
We had so much fun at Disney World! All the rides were amazing but oh my gosh, y’all, Pandora and the Star Wars rides are where it’s at! Thank you for a magical vacation, Disney

Clarkson traveled to Disney World with her two children, who also seemed to have an amazing time at the theme parks! It seems the Rise of the Resistance posts that many celebrities are beginning to make are causing even more to visit. It will be interesting to see if more stars post about the attraction throughout the summer!

Have you ever seen a celebrity at Disney World or Disneyland?

Want to book a Disneyland or Disney World vacation to ride Rise of the Resistance yourself? We can help! Click here for more information.