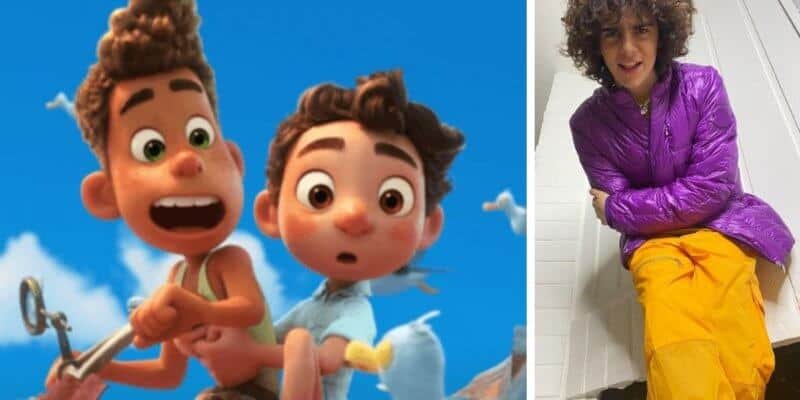 Luca, Pixar, and Disney+’s latest film release has been enjoyed by many fans who have interpreted the film in various ways.

The film follows Luca, a sea monster living in the waters along the coast of Italy who wants to explore what it is like to be a human on land, but his parents are against it due to the dangers that could come his way if his true identity is discovered. Luca meets Alberto, another sea monster who encourages him to experience what it is like to live on land.

Related: Fans Say ‘Luca’ Features an LGBTQ+ Relationship And They Love It!

Many Disney fans have interpreted the bond between the two boys as a coming of age story, specifically one for those in the LGBTQ+ community. The film never explicitly indicates that the two main characters are in a romantic relationship, but we get to see the boys form a strong bond. The character of Luca must also deal with entering a community that judge’s him based on who he is, which is another experience that many in the LGBTQ+ community have faced.

Although many fans interpreted the film differently, an LGBTQ+ story was not how director Enrico Casarosa originally saw the film. The movie was actually meant to take place during the stage of life before a child would ever even begin to consider romance. That being said, many fans continue to embrace the idea of acceptance that Luca proclaims.

Now, Alberto voice actor Jack Dylan Grazer has come out as bisexual and says “Silenzio Bruno” to anyone who has an issue with it! It was reported that the 17-year-old actor came out during an Instagram live broadcast:

In video from the stream, which was shared on social media, Grazer appears to be taking part in a Q&A with fans when asked, “Are you gay?” by one user.

jack dylan grazer coming out as bi and then immediately shouting SILENZIO BRUNO good for them good for them!!

jack dylan grazer coming out as bi and then immediately shouting SILENZIO BRUNO good for them good for them!! pic.twitter.com/IBKDox5a2G

Although Jack’s sexual orientation does not change the relationship between Alberto and Luca, this new anno0ucement does show that Jack not only stands with the LGBTQ+ community but also is a member of it.

Do you think that Luca and Alberto were more than just friends?