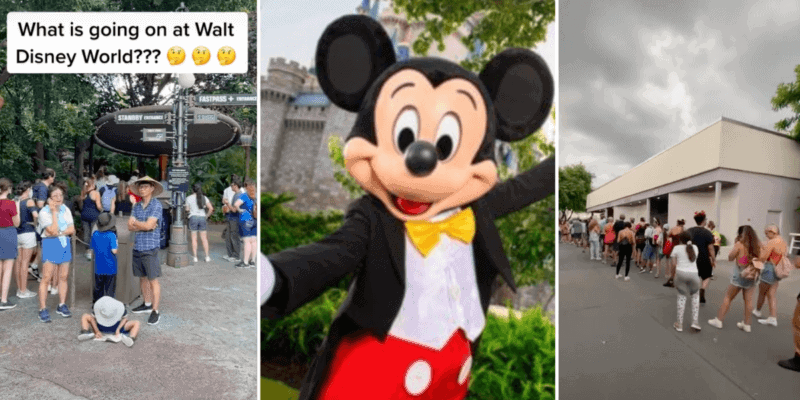 A trip to the Walt Disney World Resort is one of those vacations that stays with you forever. From its impressive six Parks — Magic Kingdom, EPCOT, Disney’s Hollywood Studios, Disney’s Animal Kingdom, Typhoon Lagoon, and Blizzard Beach — the Florida theme park is a massive feat in entertainment. And it will be even more special this year when the Disney Resort celebrates its 50th anniversary.

It seems that regardless of the ongoing battle with the COVID-19 pandemic, Guests are still flocking to the Park in great numbers with some getting frustrated at how long the lines for attractions have become while on their Disney World vacation.

Despite an extended closure due to the effects of the pandemic, the Disney Parks worldwide are now open with each taking on numerous safety protocols to ensure a safe visit for Guests. At the Walt Disney World Resort, rules on mask-wearing and physical distancing have slowly been scaled back, paving the way for a slight increase in Park capacity and a big mark in the journey to Park normalcy.

When the Walt Disney World Resort reopened earlier this year it brought in many protocols to ensure the safety of each Guest visiting one of the Parks. In terms of capacity, the Disney Park Pass reservation system was introduced as a method of managing individual Park capacity in an effort to promote physical distancing. Yet, while the Disney Park Pass system is still in place, other measures like wearing face coverings and social distancing markers have now been reduced.

Recently, the Disney theme park in Orlando has seen massive wait times and huge crowds as Guests continue to visit the Resort and aim to make their Disney vacation as memorable as possible by riding the many famous attractions. That being said, all the Parks seem to be drawing lots of Guests, making the lines for these iconic Disney rides seemingly never-ending.

@Expedition_Neverland shared to TikTok these long lines over at Disney’s Animal Kingdom.

Something strange is going on at Disney World

This video shows crowded areas at the animal-themed Disney Park, with the TikToker questioning how this seems unusual due to the fact that “park passes were supposed to keep the crowds down”.

Over at Magic Kingdom, @pagingmrmorrow shared an enormously long line of Guests waiting to board the Space Mountain attraction with the line snaking around what seems like the entirety of Tomorrowland — although it must be noted that Disney World has seen lines like this before for the fan-favorite coaster. However, regardless of whether these line levels have been seen before, they are still impressive nonetheless.

The Longest Space Mountain Line Ever

It is hard not to imagine how these epic lines would affect your Disney vacation, and it’s easy to see how some visitors can become frustrated because of the wait, sometimes even having to wait backstage.

However, while these lines are long, due to the suspended operation of the FastPass+ program, ordinary ride lines are moving quicker than they would have in a pre-pandemic era. Although, that doesn’t stop some popular attractions from still experiencing wild wait times — we’re looking at you Avatar: Flight of Passage!

What are your thoughts on these long lines at Walt Disney World? Let us know in the comments!