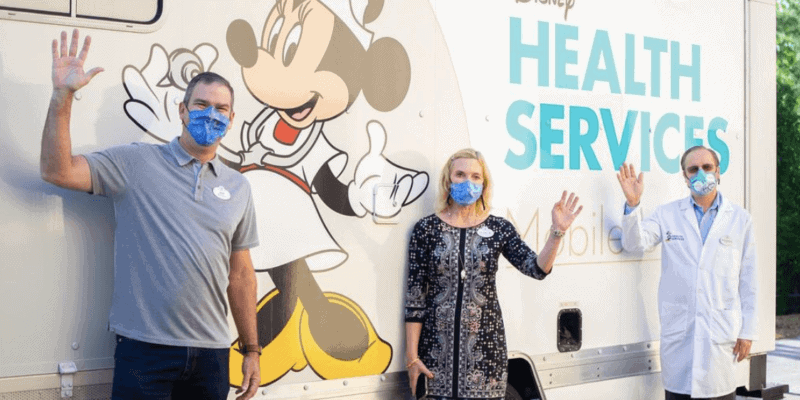 On July 30, Disney made the announcement that all of its salaried and non-union hourly Cast Members in the United States would be required to receive their COVID-19 vaccinations. Disney stated that the safety and well-being of their employees during the pandemic will always be a “top priority” and now, it seems, they are also going to begin working with unions representing Cast Members to extend the health and safety reach.

Per a report from the Orlando Sentinel:

Disney has told the union that represents 9,000 attractions and custodial workers at Walt Disney World that the company would like to bargain about mandatory COVID-19 vaccinations, said Unite Here Local 362 president Eric Clinton.

The union’s members have been surveyed, and there is support for everyone getting inoculated, Clinton said.

Dennis Speigel, founder and CEO of Cincinnati-based International Theme Park Services, said the vaccination requirement for Disney employees is a positive change for the theme park industry and could soon become standard at other major parks and attractions in Orlando and nationwide.

“I’ve talked to some people in the industry, and we all feel it’s a good move,” he said. “… It’s going to spread through the entire industry.”

It is important to note that mandatory vaccines only apply to Cast Members at this time. Disney has made no announcement that vaccines, or negative COVID tests, will be required to visit their U.S. theme parks at this time. Cast Members who fall under the new vaccine mandate policy, who are not already vaccinated, will have 60 days to receive their COVID-19 vaccine.

Both Disneyland and Walt Disney World unions have posted about the talk on their respective Facebook pages. The Disneyland union did not give much information, simply posting:

Disney has announced it will require all salary and non-union hourly employees to vaccinate. We will begin conversations with Disney regarding mandatory vaccination of Union members in the coming weeks. We will keep everyone posted as this develops.
In solidarity,
Chris Duarte

The Local 737 Union, which represents a number of Disney World Cast Members, was equally as vague when it came to how meetings with Disney will go. The Local 737 posted the following message on its Facebook page:

We have seen Disney’s statement regarding mandatory vaccination for salaried and non-union employees. We will meet with Disney next week to discuss how this policy will apply to unionized employees. We will post information for union members here as soon as we have it.

Disney’s decision to mandate COVID-19 vaccines for its salaried and non-union hourly employees comes just days after the company announced that it would once again be requiring Guests visiting Disneyland and Walt Disney World to wear masks at all indoor locations. The move to once again require masks at its U.S. theme parks is due to the surge in COVID-19 cases throughout the country.

Certain exceptions will be made for Cast Members who cannot receive the vaccines, such as for religious or medical reasons. Because Disney is just beginning Union talks, there is no official mandate that those unionized Cast Members must receive their vaccinations. Disney has over 200,000 employees, so The Walt Disney Co. is becoming one of the biggest business leaders in the fight against COVID-19.

Do you think that unionized Disney should all be required to receive the COVID-19 vaccine? Let us know in the comments!