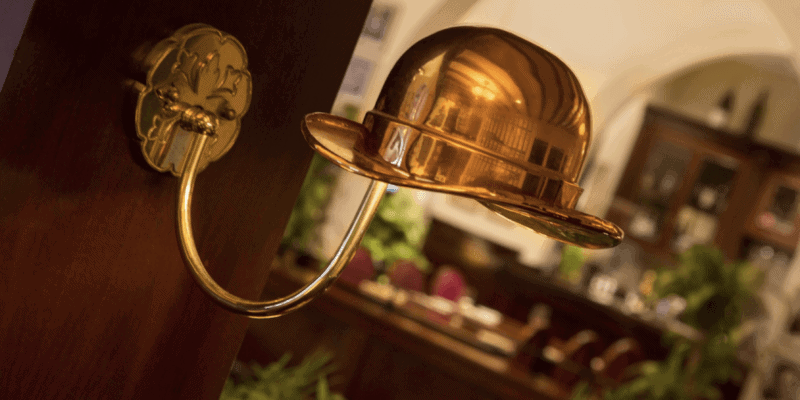 On July 1, Disneyland fans discovered that the high-end table-service restaurant Steakhouse 55 — located at the Disneyland Hotel — would be shutting its doors. Disneyland has not announced what will be taking the place of the steakhouse, but there is one restaurant that would fit seemlessly into the newly available space: The Hollywood Brown Derby.

The Brown Derby found at Hollywood Studios at the Walt Disney World Resort pays homage to the original California restaurant that was frequented by the Hollywood elite. In 1985, the original restaurant was forced to close its doors, but Disney World’s version held strong and remains open to this day. Guests frequent the location for its quiet and beautiful esthetic, as much as it is known for its most popular dish — the original Cobb salad.

Steakhouse 55 was known for its “old-Hollywood” feel that accompanied its classic steakhouse menu — very similar to the theming of the Brown Derby. That means that a major overhaul would not be necessary in order to turn Steakhouse 55 into the Brown Derby. Potentially, the space does not need to be empty for an extended period of time, should Disney decide to open a Hollywood Brown Derby location at Disneyland.

Due to the restaurant’s popularity at Disney World, bringing it into Disneyland would also almost guarantee success for the space. The Brown Derby’s menu is high-end, much like the menu at Steakhouse 55, but it is less expensive than a signature restaurant. Therefore, more Guests will be able to enjoy the delicious food offered at the Brown Derby, enhancing the success of the restaurant even more.

Many Disneyland fans were disappointed to hear that Steakhouse 55 — along with its fun Afternoon Tea events — would be closing down. Replacing Steakhouse 55 with a popular Disney World restaurant that has a similar feel would be a great way to appeal to Guests who loved the now-closed steakhouse. It would also be a great environment to hold new afternoon teas.

As stated above, Disney has not yet announced what restaurant will be opening in place of Steakhouse 55. For this writer, the famous Brown Derby Cobb Salad is enough of a reason for the restaurant to take the place of Steakhouse 55. The old-Hollywood environment, proven success, and design of the space already there, bringing the Brown Derby to Disneyland Resort can make a lot of sense — and bring excitement to a lot of Disney fans.

Would you be happy to see the Hollywood Brown Derby come to Disneyland? What do you hope takes the place of Steakhouse 55? Let us know in the comments!

CLICK HERE to book your fun-filled foodie Disney trip with our friends at Academy Travel!