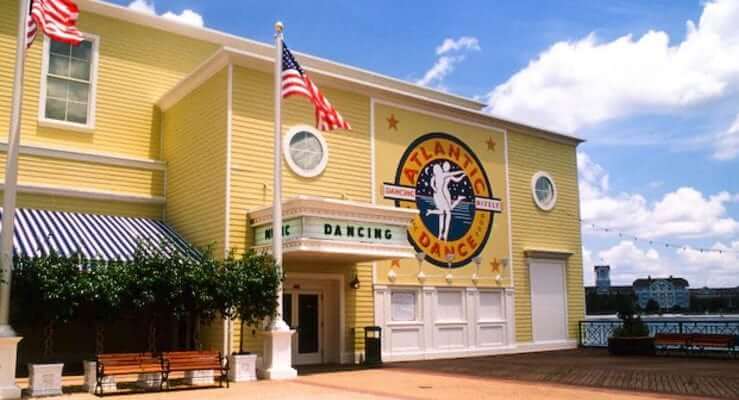 Disney World has slowly begun returning to a much more normal state of operations, and now, another aspect of Disney is returning to Guests.

Although the theme parks are once again running, there are still a few things that have yet to return. From Typhoon Lagoon to the majority of live entertainment, Disney Guests are still missing some of that pre-pandemic magic. Disney’s BoardWalk Resort has been missing a lot of the fun nightlife that typically fills the boardwalk with energy.

We have seen more of the eateries return, however, the two popular bar locations, Jellyrolls and Atlantic Dance Hall remain close. Now, it seems that there is an inkling that Atlantic Dance Hall is reopening for Guests this summer! There is now signage on the building which notes that on August 8 the dance club will open its doors once again at 8:00 p.m.

At the moment, the Walt Disney World website does not reflect this change when looking at the Atlantic Dance Hall calendar, however, it seems likely that it will be announced soon.

Rock the Night
When the sun goes down, the party gets started at this stunning Art Deco ballroom. Watch the stars twinkle on the ceiling above the expansive dance floor as you strut your stuff.

Between tunes, take a break on one of the balconies that overlooks the rippling waters of Crescent Lake, which stretches from the lip of the Dance Hall to the BoardWalk and beyond.

Make every night a night to remember!

Atlantic Dance Hall is for Guests who are 21 years of age and older.

Do you plan on returning to Atlantic Dance Hall once it reopens? Let us know in the comments below!