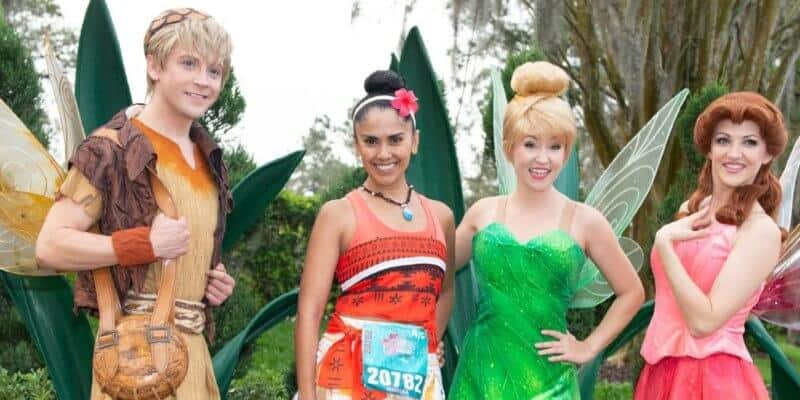 In fact, when it comes to runDisney, a handful of events actually went viral due to the ongoing pandemic. Now it looks as though Disney World may be getting ready to host in-person marathons once again!

Related: Man Who Ran From Disneyland to Disney World Gets Royal Greeting

runDisney took to Twitter this afternoon to tease a big announcement coming tomorrow, along with a short video clip that shows runners’ feet as a race begins:

Though at this time we do not know what the news will be, we suspect it to be relating to the Walt Disney World Marathon Weekend. This popular race event was pushed back due to the ongoing pandemic, however, as the world continues to move forward, runDisney may be ready to bring this event back to Walt Disney World.

Join us for an extraordinary virtual race weekend that celebrates the vibrant hues that represent them. Don your favorite Disney character-themed attire as you put your endurance through the paces while earning commemorative medals. Dare to test your limits? Try a multi-race challenge for the chance to earn even more medals. No matter your skill level, you can paint your own story along miles of race adventure!

The Walt Disney World Marathon Weekend typically takes place at the beginning of January, but at this time, we don’t know if it will still take place around the same time or if runDisney will change when the event will happen. Since everything has been changing constantly due to the ongoing pandemic, and since they haven’t had an in-person runDisney event in quite some time, it is possible runDisney will bring back Marathon Weekend sooner.

Stay tuned to Inside the Magic as we continue to update you regarding runDisney’s big announcement.

What do you think the announcement from runDisney will be? Let us know in the comments below.

Comments Off on Disney World Hints at the Return of Huge Weekend Event!