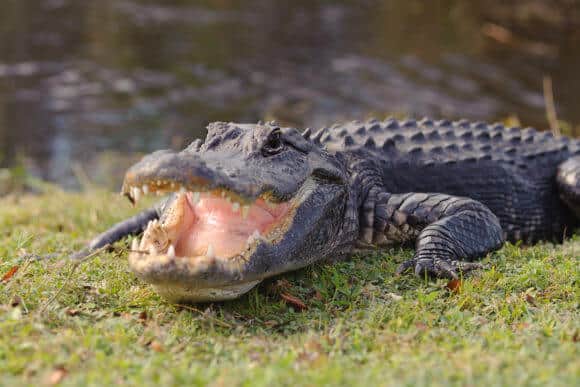 If you have ever been to Walt Disney World or Florida in general, then you know that inside every single body of water, there could (and most likely will be) an alligator. Florida is dotted with marshes, swamps, ponds, and gullies, all of which attract the important keystone species.

Disney’s property is no different, but ever since a little boy was taken by a gator in 2016, Cast Members and local officials have been working hard to relocate the once-endangered animals to safer areas. But how many gators have been removed?

Here’s How Many Gators Disney Has Removed Since 2016

Disney has always posted signage noting that there may be alligators (or snakes) in every body of water, and to stay away from the water’s edge, but ever since the tragic gator attack on young Lane Thomas Graves at Disney’s Grand Floridian Resort and Spa, the entertainment company has gone to great lengths to warn Guests about the natural dangers in Florida.

Disney’s management has worked directly with animal trappers (not hunters or poachers) contracted through the Florida Fish and Wildlife Conservation Commission to remove the alligators from the property. We now know from numbers shared by a Datawrapper chart and the Orlando Sentinel that over 250 gators have been removed from Disney Property since 2016. That’s an average of 50 animals per year.

Florida has a baseline alligator population of about 1.3 million, but in order for a single gator to be considered a problem (according to the Statewide Nuisance Alligator Program), “it must be at least 4 feet long and pose a threat to people, pets, and/or property. Within the last five years, FWC received an average of 17,000 statewide complaints and removed close to 8,000 alligators annually.” You can see that the large-scale removal in 2016 following the tragic attack was the largest single-year of removal, followed by the summer of 2017.

The Orlando Sentinel shares the large theme park “has actually been granted permission to contact trappers directly to remove nuisance alligators by the Florida Fish and Wildlife Conservation Commission, so they can continue to try and keep Disney as safe as possible. A Walt Disney World spokesperson discussed their relationship with the FWC stating:

“In keeping with our strong commitment to safety, we continue to reinforce procedures related to reporting sightings and interactions with wildlife, and work closely with Florida Fish and Wildlife Conservation Commission to remove or relocate certain wildlife from our property in accordance with state regulations.”

When an alligator is removed, there is no large impact to the local area (or alligator population) as humans have already developed that land, and alligators find their way around it. A gator’s hunting “GPS” takes them to a familiar area, where they attempt to return to, and during the warm mating season, males will scan for mates while females search for food to fatten up.

It’s likely, according to experts, that the shore attacks on people occur within 6 feet as a feeding temptation. There have been no more bite or attack reports on Disney property since 2016, thanks to extreme trapping measures, the barring of shores, and additional education for Cast Members and Guests.

If you are visiting a Disney Resort with a shoreline, please be aware that those ropes, rocks, and signs are there for your safety. Keep to the marked sidewalks and entertainment areas, and if you are looking for a swim, the Disney Resort pools are a great place to splash.

Have you ever spotted an American Alligator on Walt Disney World Property? Leave us a comment below!