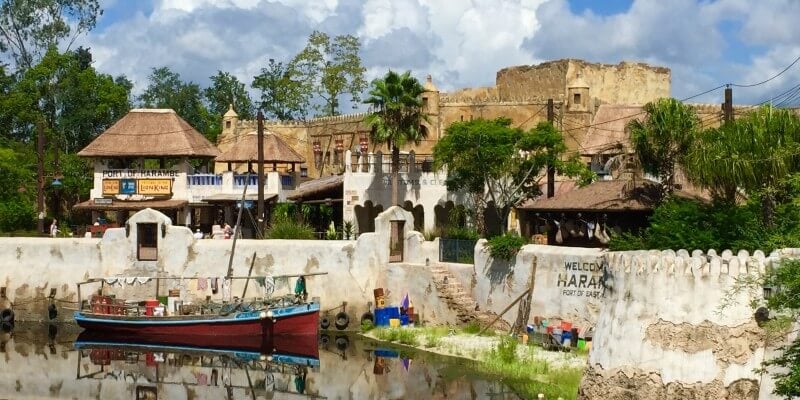 As the world begins to work towards returning to a state of normalcy while still combatting the pandemic, Disney World is doing the same!

We have seen Disney World adapt its operations to keep Guests and Cast Members safe, and now, as health and safety regulations and recommendations change, Disney is changing once again. With temperature checks disappearing, outdoor mask wears no longer being required, and social distancing being reduced from six feet to three feet, we can see that Disney World is on its way back to a pre-pandemic park experience.

However, one of the biggest things that the Walt Disney World Resort lost due to the pandemic is entertainment. Almost all shows were taken away, which was a sad change for both Cast Members and Guests. Disney’s Animal Kingdom recently brought back one of the most popular shows in all of Disney World — the Festival of the Lion King.

Although the show has had to make some changes, for now, to adapt to the changes (i.e., removing the tumble monkeys and aerial work), it was fantastic to see the show return. Now, it seems that the show’s demand and success had caused another change.

When the show opened, it was not running during the morning as it once used to, but now, Disney World has updated its schedule. Guests can watch Festival of the Lion King during each time below:

Although the change did not add more showtimes, but rather, shifted the 6:00 p.m. and 7:00 p.m. showtimes to the morning, this change is much more similar to what Guests once experienced. It also gives morning Guests the opportunity to see the show.

If you plan to see the show, we recommend lining up at least one hour before the showtime. The theater is socially distanced, and every other row is closed, so capacity is minimal, and the show is top-rated. Lines often extend into Pandora, so getting there early will help ensure you get a spot for the showtime you planned to attend.

The Walt Disney World website describes the show as:

“A Celebration of Festival of the Lion King” will be presented in a modified format to be mindful of the current environment. Adjustments to the show have been made onstage and backstage, including updates to choreography and temporarily pausing some show elements to allow for appropriate physical distancing.
Seating will be limited for the show and is not guaranteed with park admission. Guests should check My Disney Experience app, in-park tip boards or speak with a Cast Member at Harambe Theatre for queue information and show availability, which is subject to change.

What show would you like to see make a return to Disney World next?

If you want to visit Walt Disney World and witness The Festival of the Lion King in person, start planning your vacation by clicking here!