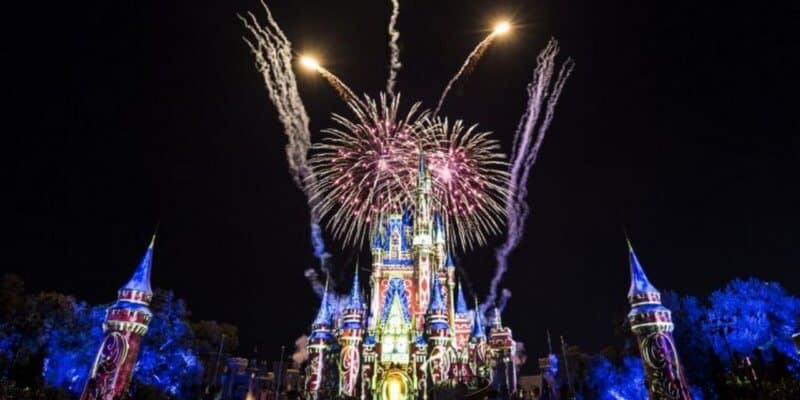 One of the many highlights of a Disney vacation is the incredible fireworks shows that the theme parks show on a nightly basis. However, those nighttime spectaculars have been on hiatus since the theme parks reopened after the pandemic shutdown — until now.

Disney World Cast Members were invited to the Magic Kingdom on June 29 to experience a special viewing of the magical fireworks. Cast Members began streaming into the theme park at 10:30 p.m. and the show began at 11:30 p.m.

Many of those who were lucky enough to be at the Cast Member fireworks preview chose to live stream the event to share the magic with those who wanted to enjoy the moment with the Cast Members they respect so much.

Jordan Fisher, one of the singers for “Happily Ever after” also made a surprise appearance and led the crowd in a beautiful sing-a-long. Check it out here.

Jojo’s World was one of those live streams — feel free to watch the entire show below!

Did you watch a live stream of the “Happily Ever After” Cast Member fireworks preview? Let us know in the comments!

CLICK HERE to book your own Disney vacation that will leave you feeling happily ever after with our friends at Academy Travel!

Comments Off on Happily Ever After Makes Post Pandemic Return With Special Cast Member Preview!