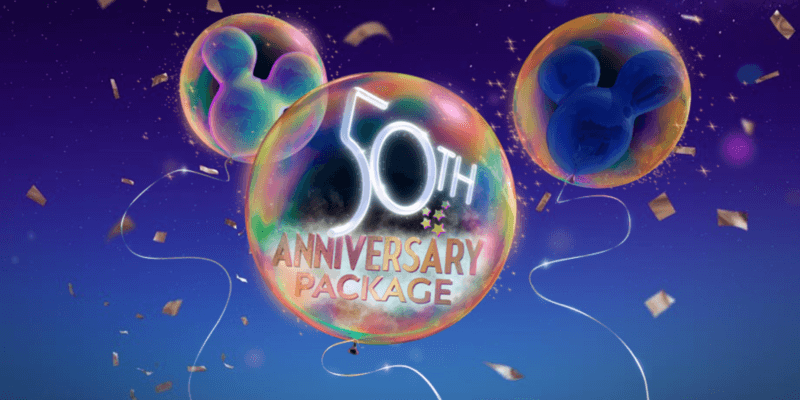 It’s been a tough year for everyone, but one place that has always spread joy and magic is the Walt Disney World Resort in Orlando, Florida. Home to six theme parks as well as the incomparable Disney Springs, Disney World has been making dreams come true ever since its opening in 1971.

Magic Kingdom’s 50th anniversary — which begins October 1 — is set to be the theme park event of the year, and now, for selected Guests visiting Walt Disney World in 2022, there is a huge new offer that has just been announced.

The offer — which is only open to residents in the UK — is seriously out of this world. Whether it’s Disney’s way of celebrating their own anniversary, or an attempt to draw in international visitors remains unclear, but regardless of Disney’s intent, this incentive to book a vacation to the Florida theme park is truly something to behold.

If UK residents book by August 3, they qualify for the following offer — up to $950 in Disney Dining Credit, a 14-day park ticket for the price of 7, and $200 in Disney Spending Money.

If that alone isn’t enough to make you book your next trip to the Happiest Place On Earth, Disney is also welcoming Guests with an Exclusive Celebration Gift Basket worth £109 (€119).

The Walt Disney World Resort — along with Universal Orlando Resort — have recently begun to ease their pandemic protocols, namely the reduction of physical distancing markers throughout the parks and the relaxing of mask-wearing in outdoor spaces following new state guidance from Orange County. Both Walt Disney World and Universal enacted the new rules on their own terms due to their private ownership status, and have seen increasing crowds and wait times.

This is likely to bring positive news to international travelers hoping to visit the Walt Disney World Resort in the coming year. After all, UK visitors to the Orlando theme park often surpass other countries in terms of international tourism. According to the Florida Review, 2019 saw 1.5 million UK visitors visit the Sunshine State, and it doesn’t take a genius to guess why UK tourists choose the popular vacation destination…

It must be noted though that at this current time, the United Kingdom government specifically allows for only essential travel to be taken, with the Foreign, Commonwealth and Development Office (FCDO) “advising against all but essential travel to the whole of the US-based on the current assessment of COVID-19 risks.” This means that for right now, no UK travelers can visit the popular theme park.

But, with this amazing 2022 offer available for bookings made right up to August 3, there is plenty of time to secure your magical trip to the iconic theme park and the 50th anniversary celebration. Whether it’s visiting Star Wars pals at Disney’s Hollywood Studios, exploring the World Showcase in EPCOT, seeing baby animals at Disney’s Animal Kingdom, or meeting Mickey and Minnie Mouse in the Magic Kingdom, there is plenty to see and do at Disney’s premier vacation destination. Make a reservation for your next Walt Disney World vacation now!

Will you be taking up this amazing offer? Let us know in the comments!