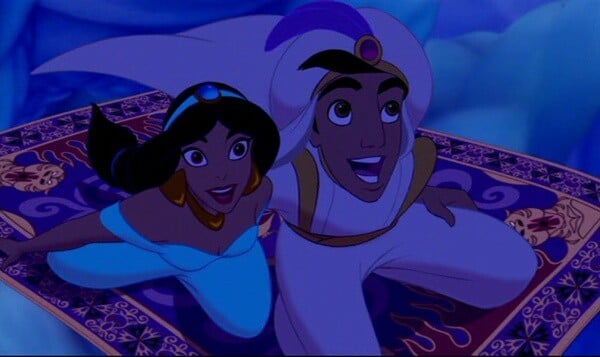 Mark Elliott, who voiced a long list of Disney movie trailers from 1983 until his retirement in 2008, passed away yesterday at the age of 81.

Elliott was born John Harrison Frick Jr. in Cedar Rapids, Iowa in 1939.  He began his career as a radio DJ for several radio stations, even hosting American Top 4o with Casey Kasem in the late 1970s – early 1980s. It was during his radio hosting career that he chose to give himself the stage name of Mark Elliott. Later, he would legally change his name.

Elliott began his career with The Walt Disney Company in 1983 and was the voice behind numerous movie trailers, feature presentation bumpers, as well as Disney commercials, including A Goofy Movie and Toy Story.

The Disney Fandom Wiki has a page dedicated to Mark Elliott where they share a selective but still large list of just some of the Disney film trailers the actor was featured in.  According to the site, he lent his voice talents to the following Disney projects:

The Disney Fandom Wiki also notes that many fans will recognize Elliott’s voice from Disney VHS tapes, as a well-known phrase of his was, “And now, our feature presentation.”

Below, you can hear Elliot voice the trailer to Disney’s The Rescuers Down Under.  This video and more are available on the YouTube channel, The Disney Animation Resource Channel.

Elliott’s voice-over work can also be heard in several classic Disney films such as Beauty and the Beast (1991) VHS trailer, The Great Mouse Detective (1986) trailers, and the national trailers for the iconic Disney film The Lion King (1994).

The trailer is also provided by Disney+:

In November 2015, Mark sat down with Chuck Duran and Stacey Aswad for their YouTube show VO Buzz Weekly to discuss his esteemed Disney career.  Stacey is most well known for her Must Do Disney show that played on the TVs in Disney Resort hotel rooms. During the show, she has the amazing task of taking you to all the attractions at the Walt Disney World Resort and experiencing them (tough gig right?).  You can watch the interview below.

According to The Hollywood Reporter, Elliott passed after suffering two heart attacks while battling lung cancer:

Elliott died Saturday in a Los Angeles hospital after suffering two heart attacks, friend and fellow voiceover artist Charlie Van Dyke told The Hollywood Reporter. He also was battling lung cancer. “He was one of a kind … and kind is a great word to describe him,” Van Dyke said.

Elliott’s passing was announced on April 4 by fellow voice-over actor Joe Cipriano, who shared news on Twitter, which was confirmed by a family member soon after.

? When I moved to LA in 1980, I was able to start my network promo career the same way I started my radio career…by hanging around studios, watching pros work and learning from them. A CBS marketing executive I cold-called one day, allowed me to come to Television City once a week and sit in PC-23, which was the only promo production studio at CBS. I sat there watching Mark Elliott do the primetime comedy promos. With Mark, I learned how our shared radio background was the perfect experience for promos. We talked in between his promo sessions and he told me two things about promos – never take a vacation and never buy a home based on voice over income ? 7 years later the comedy promo voice at the new Fox Network took a 2 week vacation. They brought me in to do the comedy promos while he was gone. Over the course of those two weeks I did all the promos and the network hired me as their new voice and dropped the guy who went on vacation (just like Mark said). I had that job for over 25 years and later, I also took over the comedy promos at CBS. Mark was a true gentleMAN – Getting to share all of our scenes in Lake Bell’s “In a World” was icing on the cake. I’m so sad about Mark’s passing.

? When I moved to LA in 1980, I was able to start my network promo career the same way I started my radio career…by…

Thank you for giving Disney fans all of your talent, Mr. Elliott.  You will be sorely missed.

Which Mark Elliott trailer is from one of your favorite Disney films?  Let us know below!