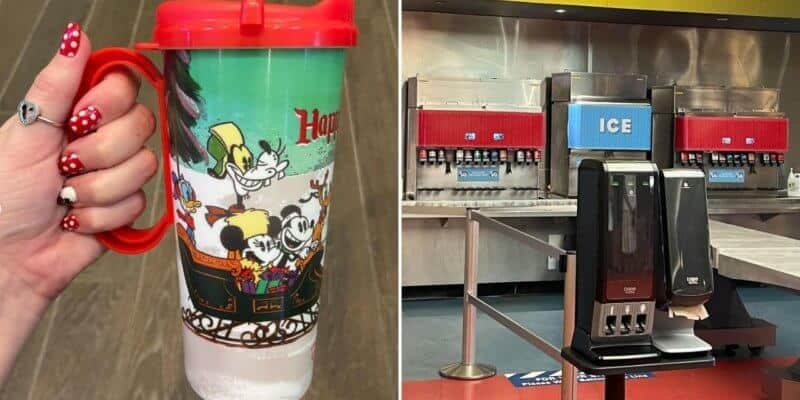 Some Guests are reporting that select Walt Disney World Resort hotels have reopened the refill stations for Guests to utilize. Now, according to the Disney World website, it seems that Disney has relaxed the rules for self-serve beverage stations and Guests can once again take advantage of this amenity at select locations.

Due to the ongoing pandemic, when Disney World reopened the Disney Resort hotels to Guests in summer 2020, the beverage refill stations at the resorts’ quick-service dining locations were blocked off and Cast Members would instead retrieve drinks for Guests.

Now, Disney World is taking another step “back to normal” operations as reports are coming in that both Art of Animation and All-Star Movies have reopened their refill stations and Guests can get their own drinks once again.

In case you aren’t familiar, the Disney Refillable Mug Program, also known as Rapid Fill, has been around for quite some time now and it allows Disney Guests who purchase a refillable mug to get unlimited, free refills on fountain drinks, coffee, tea, and hot chocolate from the self-service beverage locations at Walt Disney World Resorts (for the length of their stay).

Facebook user Angelica V. shared the following photos with Inside the Magic showing that the refill station at Art of Animation is now reopened to Guests.

Another Guest, who is a member of a Streaming the Magic Facebook Group, shared that Disney’s All-Star Movies Resort is also allowing Guests to refill their own drinks. Inside the Magic will continue to update you as we get information regarding which Resort hotels are reopening refill stations.

However, before the pandemic, when refill stations were open to Guests for self-serve, there were multiple different stations where Guests could spread out and get drinks at the same time.

So with Disney taking this step towards normalcy, I suspect the lines to not be as long, especially in the morning when Guests are looking for their morning coffee or refreshing orange juice.

Are you happy to see the refill stations back open to Guests? Let us know in the comments below.

Do you want to visit Disney World on your next family vacation? Let us help you plan! Get started by clicking here.