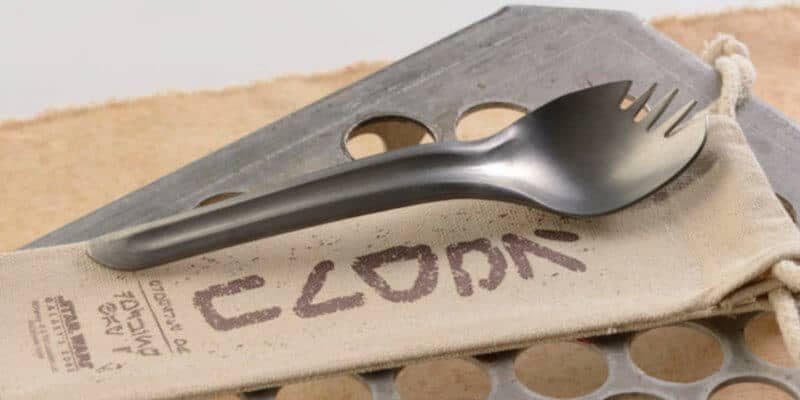 Star Wars: Galaxy’s Edge opened over a year ago now, and you may remember some interest in the space-age sporks used at the quick-service dining location on the planet of Batuu. Now, Disney has brought back the sporks which will be sold in a special travel bag.

When Galaxy’s Edge first opened, humans on the planet of Batuu went crazy for these sporks, which, at the time, weren’t actually for sale. They even so far as taking them home, and in some cases selling them on eBay for such high prices even a Jawa wouldn’t trade for one! Later on, following the space spork eBay craze, Disney started selling the sporks, but then they became unavailable once again.

Now, Disney has announced the sporks return and let Guests know how to purchase one on the official Walt Disney World app:

THE SPORK IS BACK! Yes, the coveted spork is available for purchase (limited to one spork per person) at Docking Bay 7 Food and Cargo in Star Wars: Galaxy’s Edge starting TODAY. And it even comes with a travel pouch perfect for keeping it safe as you explore the galaxy and beyond.

Be sure to take advantage of mobile order using the My Disney Experience app for added convenience and to promote contactless payment. We have noted the mobile order locations below, and yes, you can even mobile order a spork!

Back in January of 2020, we reported when Disney began selling the sporks instead of having them taken off-world and sold online. Disney was selling them at a price of around $11 ($10.99), which is the same price they are being sold for this time around as well. We are glad to see the space sporks did not undergo a price increase as demand is clearly high for them.

You can see the sporks in the My Disney Experience App, listed under “cargo” when you choose to make a mobile order from Docking Bay 7.

If you have always wanted one of these fun and functional souvenirs from Star Wars: Galaxy’s Edge, now is your chance.

Will you be picking up a spork from Docking Bay 7? Let us know in the comments!

Need help booking a trip to Star Wars: Galaxy’s Edge, our friends at Academy Travel can help with that — Click here for a free quote on your next Disney World vacation.