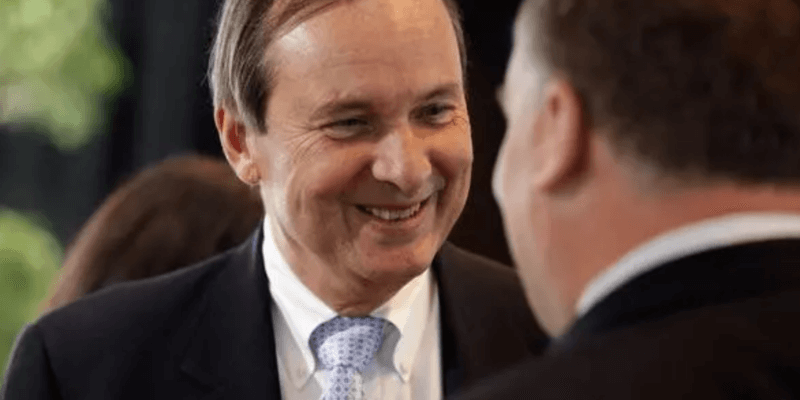 Richard Bates, Disney’s Senior VP Of Government Relations, tragically passed away on New Year’s Eve at the age of 70.

Bates worked with the Walt Disney Company since 1991 and was nearing a 20-year run before his untimely passing. The VP often worked with copyright, trade, travel, and telecommunications for the company — he also recently passed the COVID-19 relief package. According to Deadline, Bates was also one the “media company executives who attended  White House meeting with President Donald Trump, portions of which were televised, as theme parks faced closures.”

All of us at Disney are heartbroken by the sudden loss of our longtime colleague and dear friend Richard Bates. As head of our Government Relations team in Washington, D.C., Richard was second to none in his field —- widely respected for his incredible achievements and beloved for his extraordinary kindness, compassion, and irresistible wit. He was passionate about his work and approached it with the same astuteness and unwavering enthusiasm he demonstrated when he first joined Disney three decades ago. For those of us lucky enough to have known Richard personally, his loss is profound. He will be deeply missed, and our prayers and heartfelt condolences go out to his wife Rose, their sons Ricky and Chris, and his entire family.

Unfortunately, it is being stated that Bates’s death was quite sudden, but the cause of death has yet to be released. However, it is not just Iger and Chapek who are speaking out about Richard’s work ethic and fantastic personality.

The chairman of the Motion Picture Association, Charles Rivkin, said, “Everyone loved Richard. Generous, supportive charming, and witty, he was widely respected and admired here in Washington and beyond, and he was a fierce advocate for the creative industries and the Walt Disney Company — which for him was much more than a job.” As well as Gordon Smith, who is president and CEO of the National Association of Broadcasters, “Broadcasters were well-served on Capitol Hill by Richard’s larger-than-life personality, his razor wit, his humanity and decency, and his extraordinary competence. As a U.S. Senator, I witnessed firsthand his effectiveness and ability to work with lawmakers on both sides of the aisle, and I greatly valued his friendship, support, and counsel while at NAB.”

Richard Bates is the reason D.C. has a Walt Disney Company office, and it is clear that his legacy with the company will continue to live on, and that he is going to have big shoes to fill. At the moment, the Walt Disney Company has yet to announce who will be carrying the torch for Richard as the Senior VP Of Government Relations.

All of us at Inside the Magic wish Mr. Bates’s family and loved ones our condolences during this tragic time.

Comments Off on Richard Bates, Disney’s Senior VP Of Government Relations, Passes Away