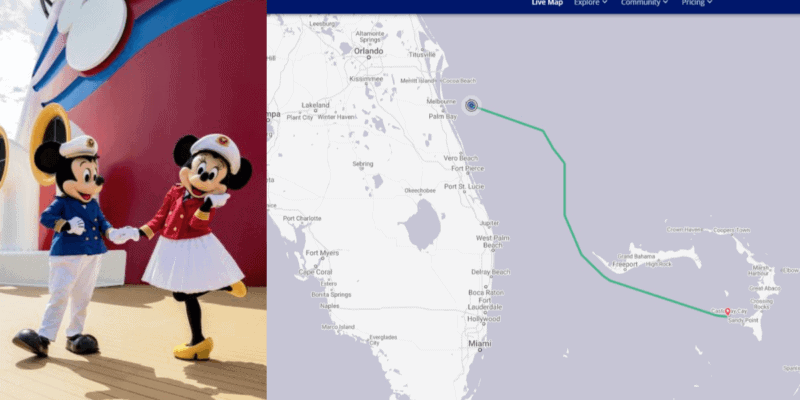 One has to wonder what Disney Cruise Line’s plans are for the Disney Wonder.

According to MarineTraffic.com, Disney’s second-oldest cruise ship is once again sailing back to the private island destination of Castaway Cay while both the Disney Dream and Disney Fantasy remain just off Port Canaveral, Florida and the Disney Magic remains across the pond in Dover, England.

We at Inside the Magic reported a few months ago that the Disney Wonder was the first Disney Cruise Line ship to make its return to Castaway Cay, and we have speculated that short, three-day sailings exclusively to the island may have the best chance of returning first, creating a Disney Cruise Line bubble for the would-be passengers and Cast Members.

This speculation is due to new guidelines that state that cruise lines must work with port authorities and organize emergency protocols in case there is a COVID-19 outbreak onboard a ship. Since Castaway Cay is Disney’s private island in the Bahamas, there would be no need to deal with a third-party authority.

Read More: Disney’s Private Island is the Answer to the Cruise Line’s Return

While the voyage report states that the Disney Wonder is sailing to “Gorda Cay,” a quick Google search revealed that Gorda Cay is actually the old name for Castaway Cay.

This will be the Disney Wonder‘s third voyage at least since returning to Port Canaveral. The details of the ship’s recent trips remain unclear, but this reporter suspects that they have been conducted to lay the groundwork for its upcoming modified sailings.

As of this article’s publication,  the Disney Cruise Line website has removed all sailings between now and April 2. The earliest sailing still scheduled is a 3-night Bahamian cruise out of Port Canaveral bound for Nassau and Castaway Cay. However, that voyage is set to be made by the Disney Dream and the Disney Wonder is supposed to be stationed in San Diego, sailing a 4-night Baja Cruise to Cabo San Lucas, Mexico on April 7.

However, this is likely to change and more information should come down the pipeline as Disney Cruise Line gets closer to earning its Conditional Sailing Certificates from the Centers for Disease Control and Prevention (CDC). We will continue to keep our ears to the ground, ready to update our readers as more information comes to light.

Planning a Disney Cruise for 2021 or 2022? Our friends at Academy Travel are standing by ready to help make this Disney Vacation as magical as possible. Click here to learn more and to receive your free, no-obligation quote today!

How do you think Disney Cruise Line voyages will look once they resume? Let us know in the comments!