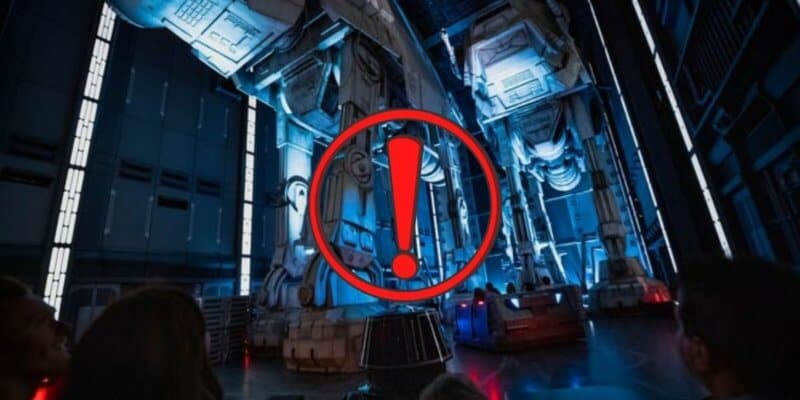 Star Wars: Rise of the Resistance is one of the most popular rides at Walt Disney World and, unfortunately, breaks down often.

If you are heading to Disney’s Hollywood Studios and you are a Star Wars fan, riding Rise of the Resistance is a must. Even if you have never seen the Star Wars films, both the attraction and Star Wars: Galaxy’s Edge will easily blow you away. From the storytelling queue, to holograms of Rey (Daisy Ridley), and the constant combination of multiple technologies during the ride itself, Rise of the Resistance is a jaw dropper — and unarguably Imagineers’ biggest feat when it comes to creating an immersive ride experience.

As many may know, due to the popularity of the ride, Rise of the Resistance is the only attraction at Disney World that implements a boarding group/virtual queue system. You must log on to the My Disney Experience app at 7:00 AM so that you can refresh the app and join a boarding group. The groups fill up in seconds, so being prompt is key. If you cannot get one at 7:00 AM, you will have another shot at 2:00 PM.

Today, Twitter user Alicia Stella luckily secured a boarding pass for Rise of the Resistance, and the ride went down enough that Guests had to be evacuated. Although Alicia was not yet in the ride vehicle, if you have waited the queue, you know that the entire process is part of the ride.

The cool thing about being evacuated from any Disney attraction is that you get to see backstage views of something that is typically hidden. As we can see below, Alicia is backstage of the attraction, which is still heavily themed to Batuu, just slightly more industrial looking. We can see the lighting that peers up over the attraction at night set behind the scenes as well.

Rise of the Resistance broke down. Made it to the shuttle doors, then evac’d. Neat backstage views at least. pic.twitter.com/xaXREO5n5m

If this was someones first go at Rise of the Resistance, this would be a huge bummer since you were getting so close to the ride, and in my opinion, the coolest part of the queue. But for a rider who is a local and get’s to be at the parks often, this is almost something that Disney fans hope to happen so that they can get those exclusive views behind the scenes.

Once the ride is back up and running, rest assured these Guests will have their shot at fighting the Resistance!

If you could pick a ride to be evacuated from, what would it be?