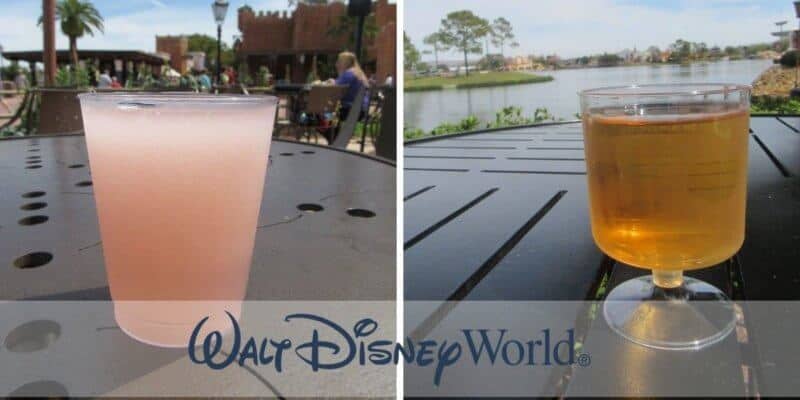 Credit: Kelly C. / Inside the Magic

When Walt Disney World reopened to Guests back in the summer, they had to implement several changes and protocols — one of them being the temporary suspension of pop-up bars.

Pop-up bars were a huge hit over at Disney’s Hollywood Studios as they tended to have specialty drinks themed specifically to the time of year (for example, around May 4, they would offer Star Wars specialty cocktails, and during the winter months they would have various holiday-themed drinks). However, due to the financial state the Walt Disney Company was in as a result of the pandemic, they had to, unfortunately, let go thousands of Cast Members and had to cut out a lot of services around the theme parks — including pop-up bars.

Now, it looks as though Disney World is now slowly bringing back some of its pop-up bars — and the first one we spotted is in EPCOT!

This pop-up bar is one that was not there prior to the pandemic and looks to be brand new. It is located right next to Spice Road Table and the bathrooms in the Morocco Pavilion at World Showcase. And thanks to PCDevv on YouTube, we can see this pop-up bar first hand.

At approximately 7 minutes and 40 seconds in the video below, you will see a glimpse of what it looks like:

It looks as though the bar is pretty limited, but does serve things like champagne and beer. At this time, we are unsure if the bar is a full-service bar with hard liquor, but hopefully, this is a sign to see more and more pop-up bars appearing, just like the ones in Disney’s Hollywood Studios prior to the shutdown.

Please keep in mind that because these are considered “pop-up” bars, they aren’t typically listed on the Disney World website or on My Disney Experience, so if you are interested in seeing if a pop-up bar is currently open at any of the theme parks, be sure to ask nearby Cast Member.

If you want to visit Walt Disney World on your next vacation, you can begin planning by clicking here!

Are you excited to see pop-up bars returning to Disney World? Let us know in the comments below.