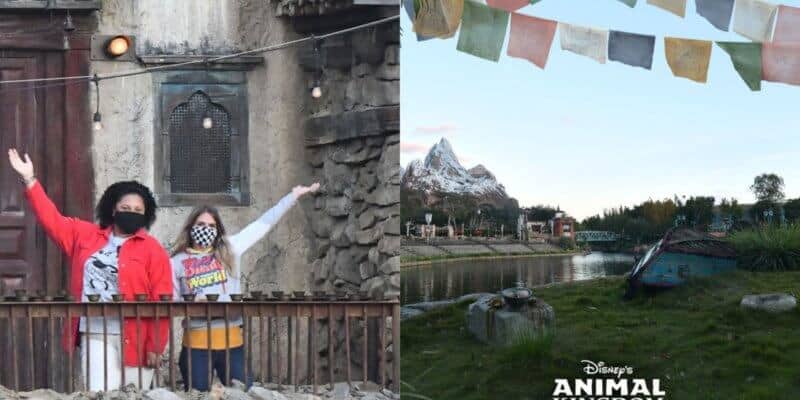 When you go to Disney World, getting the perfect photos is always an important part of any vacation! Luckily Disney’s PhotoPass Cast Members do a fantastic job in capturing the magic for you, and sometimes, they can even add extra magic with Magic Shots. Now, it seems Animal Kingdom is introducing their own Super Zoom Magic Shot to the theme park!

At the moment, you can get a “Super Zoom Magic Shot” at both Magic Kingdom, and Hollywood Studios. Now, Animal Kingdom is giving us, as Disney calls it, a “macaws” eye view of the park.

Disney Parks Blog announced the new Magic Shot by describing it as:

With icy Himalayan peaks in the background, it’s a fun and foreboding photo op. To capture this video (as well as the accompanying zoomed-in and zoomed-out photos), trek over to the base camp of Expedition Everest and find a Disney PhotoPass photographer. This Super Zoom Magic Shot is available from 10 a.m. through sunset, weather permitting.

It seems the shot takes place just after you cross the bridge to head to Expedition Everest, and with some Animal Kingdom area music theming the shot in the background as it expands, it really creates an expansive photo-op. Check it out below!

PhotoPass often adds Magic Shots to your Disney photos, and if you ever want to be sure that one will be included, just ask! Magic Shots often add Disney characters to your photos, truly creating a magical memory that you will get to keep with you after you leave the parks!

PhotoPass is free for Annual Passholders who have a Disney Premier Passport or Disney Gold, Disney Platinum and Disney Platinum Plus Passes, but if you are a ticketed Guest, you will have to buy the service during your vacation in order to use it. For many heading to the Walt Disney World Resort during the pandemic, the cost is well worth it in order to get shots where the whole group or family is involved. Especially since you can no longer hand off your phone or camera to a PhotoPass Cast Member to take the photo due to safety protocols for COVID-19. Therefore, for you to ensure you can get all the photos you want, buying a PhotoPass package can take that stress off your Disney World vacation.

If you need more help planning, why not contact our pals over at Academy Travel? By doing this, you will be able to have professionals guide you through your dream Disney vacation. Click here to book today!

Do you like the Super Zoom Magic Shot’s that Disney World is offering, or do you prefer regular PhotoPass shots?