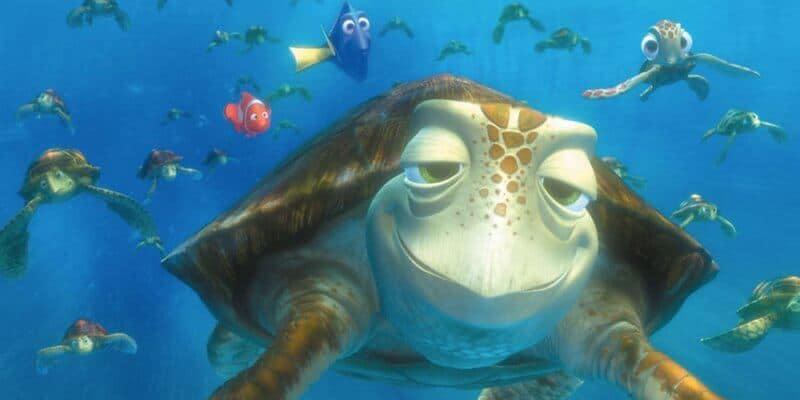 Cowabunga, dude! We’ve all seen Finding Nemo (2003) and Finding Dory (2016) — hello, Crush, and the East Australian Current (EAC, for short) — but you’ve never seen anything quite like this video The Independent shared on Facebook.

Related: Move Over ‘The Fox and the Hound’, Check Out This New Disney-Like Duo!

Yes, that’s sea turtles — over 60,000 of them to be exact! A drone recently captured these 64,000 turtles hanging out on the Great Barrier Reef off the coast of Australia. Although the actual East Australian Current doesn’t pass through the Great Barrier Reef, it does play a role in helping life on the Reef to continue not only surviving but thriving. Wikipedia notes:

As it skirts along the East Coast of Australia it carries a large amount of warm tropical water from the equator southward. This process is part of what allows the Great Barrier Reef to thrive

Travel and Leisure also reported on this story, sharing details about the tenuous position the sea turtle population is currently in:

A team of researchers from Queensland’s Department of Environment and Science (DES) captured the drone footage above Raine island, which happens to also be the world’s largest green turtle breeding colony. The footage captures the adorable green turtles floating on the surface of the bright blue waters around the island.

However, this footage can be a bit deceiving. Though it appears the turtle numbers are thriving the researchers explain that these little guys are in a bit of peril.

As a matter of fact, if you book a stay at Disney’s Vero Beach Resort, you can even participate in a turtle conservation outing, which is described as:

Our beaches are among the most important turtle-nesting habitats in the western hemisphere. They are frequented by 3 species of threatened or endangered sea turtles: loggerheads, greens and leatherbacks.

Disney has contributed about $1.26 million to sea turtle conservation through the Disney Worldwide Conservation Fund. If you would like to give to the fund, your contribution will be welcome in the gift shop.

We love that Disney is so committed to helping save the sea turtles — are you going to do your part to help Crush, Squirt, and all of their friends?

Comments Off on Move Over, Crush! There’s a Real-Life ‘EAC’ With Over 60,000 Turtles