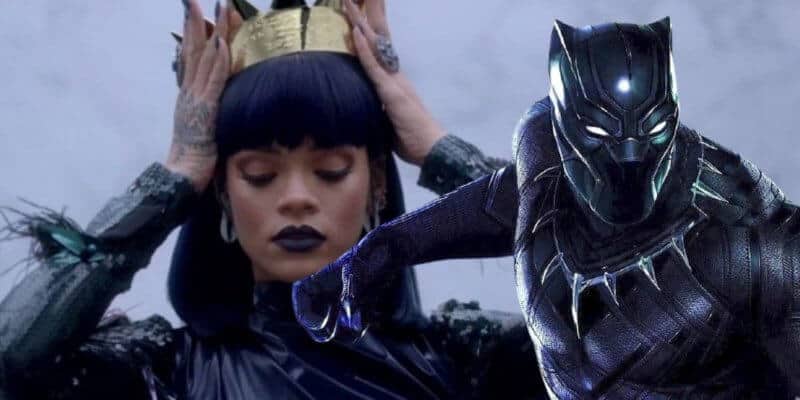 The rumor mill is always strong when it comes to Marvel and the MCU, especially for highly anticipated films such as Black Panther 2. The latest question fans are asking is: Is Rihanna going to be our next T’Challa?

With Chadwick Boseman’s tragic passing earlier this year, many fans have mourned his loss. The Black Panther was set to stay as the titled role in the next film, but due to the unfortunate events, everything had to shift. Although we have yet to know or confirm what direction Black Panther 2 will be taking, and who will be replacing T’Challa, originally many fans speculated that the best move for Marvel to make here would be to give Shuri the title. But now, there is another name in the mix to be added to the franchise.

Many fans have been talking about Rihanna joining the Black Panther cast. Considering we are still awaiting for a new Black Panther, the idea of Rihanna taking on the title character no longer seemed out of this realm. Rihanna is not only a singer but an actress having recently starred in the all-female blockbuster Ocean’s 8, among many other films.

Thanks to the diggers over at Cinema Blend, we are able to now know where the rumor came and started from, and if it is true:

It turns out this claim originated from some Google misinformation, because if you had typed Black Panther 2 into the search engine, she was listed alongside familiar names like Letitia Wright, Lupita Nyong’o and Winston Duke. As of this writing, Rihanna is no longer among that lineup, although currently listed next to Angela Bassett is Eric Bana, who played The Hulk back in the pre-MCU days. Until proven otherwise, we can reasonably assume Bana is also not participating in Black Panther 2.

So should we expect Rihanna in Black Panther 2? I wouldn’t use the world expect, but I also don’t think a potential cameo is out of question here. Until then, stay tuned to Inside the Magic for all your casting details regarding Black Panther 2!

Would you have wanted to see Rhianna in Black Panther 2?