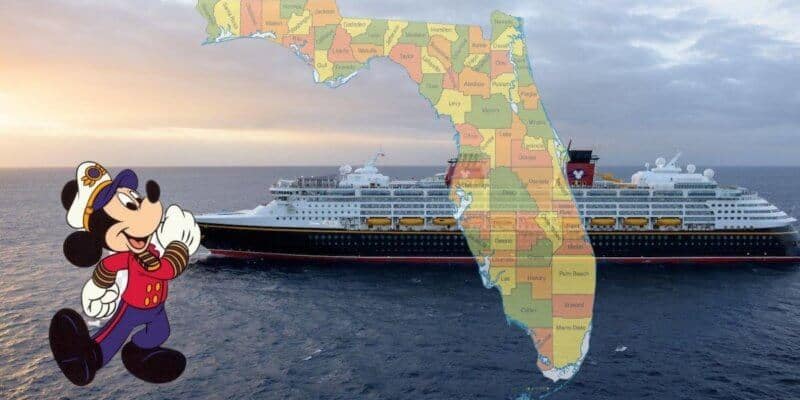 A new report from Cruise Industry News states that the Disney Wonder is now sailing to Port Canaveral, Florida. Does this mean that the Wonder could begin test cruising soon?

If you have been following along with the Disney Cruise Line news you know that in order to begin sailing again, a cruise line operator must conduct test cruises with volunteers that are 18+ and receive a certification of healthy operation from the CDC. It is a lengthy process set out by the CDC and if Disney Cruise Line wants to start sailing in the near future they will need to start the process of test cruises soon.

Previously, we have theorized that it was likely Disney would choose the Wonder to be the first ship to sail with passengers again, so we are not surprised to see them moving the Wonder back to the states.

While Disney has not announced any information on how they will be choosing their volunteers for this cruise, or when they will even begin, other major cruise lines have already started the testing process. In fact, Royal Caribbean has begun asking for those who are willing to partake in their test cruise to sign up, and those who get to participate will be drawn at random from the pool of volunteers. Royal Caribbean had hundreds of thousands of willing volunteers, and it would be no stretch of the imagination that DCL would see similar if not higher numbers.

If Disney is moving the Wonder to Port Canaveral from where it was drydocking in France could this mean they will start the process of running test cruises soon? It is certainly possible, but we will have to wait for an official announcement from Dinsey to find out.

The claim from Cruise Industry News that the Wonder is moving reads:

The Disney Wonder is sailing to Port Canaveral fresh off a drydock in France and technical stop for fuel and provisions in Funchal on Wednesday, according to a statement from Portos da Madeira (Ports of Madeira).

The ship made its inaugural call to Funchal, although it had no passengers onboard and just 205 crew, according to local reports.

No crew came off the ship, which took on supplies and fuel for its trans-Atlantic crossing.

The 1999-built ship is expected to arrive in Port Canaveral in early December.

The Wonder is next scheduled to sail on Jan. 6. on a six-night Western Caribbean cruise from Galveston, Texas, according to the Disney Cruise Line website, with two days at sea, and calls at Grand Cayman and Cozumel plus another day at sea en route back to Texas.

We have reported on the Disney Wonder sailing to its dry docking in France back in October and confirmed that it had regular maintenance work done as Disney was taking advantage of the downtime in sailings to do so. We are sure the ship will be in tip-top shape when it begins to welcome Guests again.

In fact, Disney has moved their entire Disney Cruise Line fleet to France during this downtime caused by the pandemic.

While Disney has canceled the remaining sailings for DCL through 2020, The Wonder does still have January sailings on the books. While it is likely that those sailings will be canceled until we have an official word from Disney we will simply have to continue monitoring the situation.

What do you think about the Disney Wonder heading to Port Canaveral? Could cruising return in 2021? Let us know in the comments!

We can help you book the perfect Disney Cruise, click here for more information!