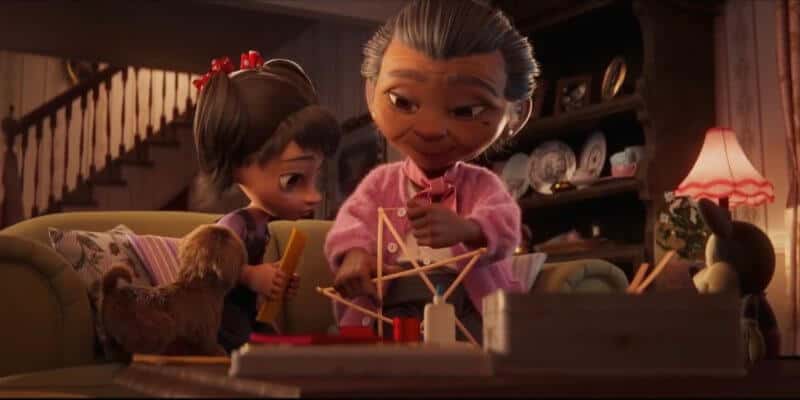 Recently, we reported that Disney and the Make-A-Wish Foundation were celebrating 40 years of partnership and making magical wishes come true! In celebration of their collaboration over the years, Disney and Make-A-Wish have released a new short film ad to remind us all of the magic of the holidays!

This short film, titled “From Our Family to Yours,” is sure to tug on the heartstrings. The film showcases a story of a Filipino family and their heritage. However, the message applies to all families around the world. In true Disney fashion, creators of the film worked with cultural consultants from the Philippines to ensure that the culture was properly depicted.

Disney also partnered with Flux Animated Studios, whose director of brand marketing, Angela Affinit,a was the inspiration behind the project. Her personal relationship with her own grandmother was the main inspiration for Lola’s story in the short film.

Disney had this to say about their inspiration behind this tale:

“The story was inspired by her (Affinita’s) personal experience and her relationship with her grandmother. All content has been created locally in EMEA (Disney’s Europe, Middle East, and Africa creative team), but with a global audience in mind. We also worked with cultural consultants in the Philippines to ensure that the references made to locations — such as when we first meet Lola — are as accurate and realistic as possible.”

Affinita expressed during an interview with The Drum just how special this ad is and what it means to her:

“The ad for me is such a great reflection of the bonds between families. We all have unique traditions, especially at Christmas, so being able to draw on my own experience with my Filipina grandmother and the making of star lanterns to bring a level of authentic creativity is pretty special. One of my favorite moments is when Lola hangs the finished lantern in the window, which recalls some wonderful memories for me.”

In addition to this heartwarming short film, Disney has also released a Mickey Mouse plush just like the one in the film. You can get yours today on the shopDisney website. This will make a great gift for a loved one or a reason to create a new tradition in your family. See the plush in the short film below.

Now that we are in the holiday season, it’s important to remember the ones we love and to be kind to others.

From us here at ITM we hope you and your loved ones have a great holiday season!

What do you think of this Disney Holiday ad? Let us know in the comments!