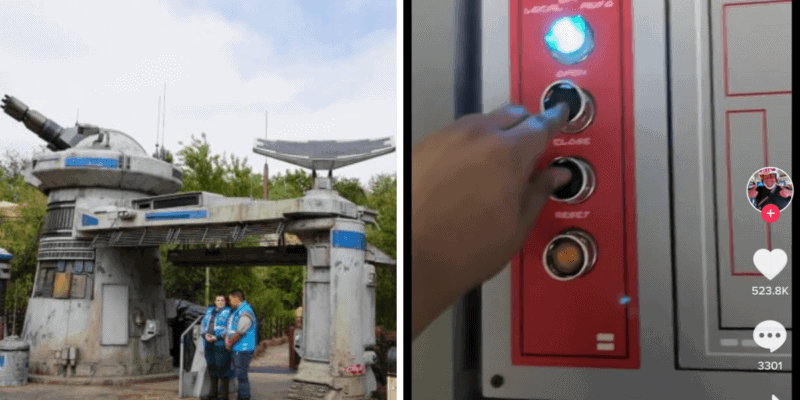 A Guest visiting Disney’s Hollywood Studios was taking a video of the Rise of the Resistance attraction. Clearly enjoying the immersion level of the attraction, the Guest decided to start pushing buttons. He then found out that he pushed real buttons that actually help operate parts of the attraction.

You can view the video here that was shared by Disney fan @ItsJustMatthewR on Twitter. It shows the video which was posted by TikTok user Wilkieforever. Wilkieforever is presumably the Guest in the video as this was posted to his TikTok account, and you can hear his laughter as he was enjoying the experience, unaware of what had happened.

Truly, we cannot blame this Guest for pushing the buttons! Rise of the Resistance is completely immersive, and if you have ever ridden Star Wars: Millennium Falcon- Smugglers Run you would know that it is highly encouraged to push buttons.

Related: How Does Rise of the Resistance Remain Popular Amid Constant Malfunctions

What do you think about this video? Would you have done the same thing? Let us know in the comments!

We can help you plan a perfect vacation to see Star Wars: Galaxy’s Edge and experience the new Rise of the Resistance attraction, click here!