Universal to Lay Off More Team Members - Inside the Magic 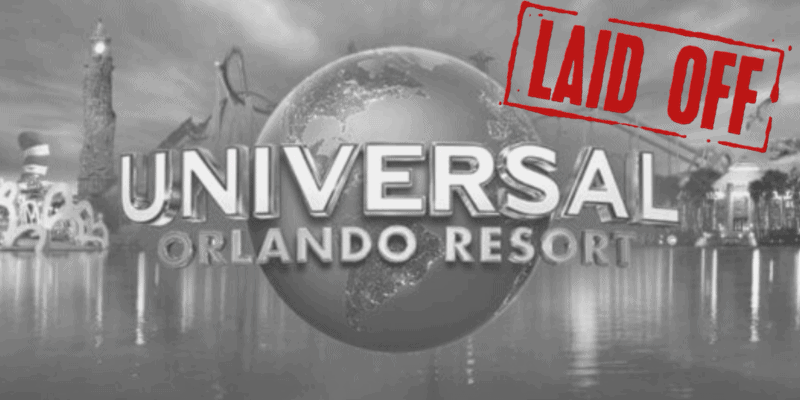 Only hours after the announcement that more Walt Disney World Cast Members were going to be laid off, we have learned that Universal Orlando Resort must also lay off more team members.

The news comes from reporter Ashley Carter (@AshleyLCarter1) who Tweeted the following:

BREAKING: Universal Orlando has laid off more workers across its property. Although Universal didn’t disclose how many jobs were impacted, it did say that these layoffs did not include hourly workers.

BREAKING: Universal Orlando has laid off more workers across its property. Although Universal didn't disclose how many jobs were impacted, it did say that these layoffs did not include hourly workers. pic.twitter.com/GxoA02Wj6a

“We continue to manage our business through challenging times and we again have made the difficult decision to reduce our workforce as we position our business for the future. These positions are throughout our organization — but do not include our hourly workers. We continue to be aware of the impact this will have on those affected by this action and we are working to support them through this process.”

Here's the statement from Universal about the layoffs: pic.twitter.com/roViDQ67RP

Again, at this time it is unclear how many team members will be laid off and which areas of Universal Orlando will be affected. We at Inside the Magic will work to update our readers as more details come to light.

The news from Universal Orlando Resort comes only shortly after it was announced that the Walt Disney World Resort would layoff  8,800 part-time Cast Members. While this was far more than originally announced, no full-time Cast Members will not be laid off, according to the Service Trades Council.

Read More: 8,800 Part-Time Disney Cast Members Are Being Laid Off

This is the latest round of layoffs to hit Universal employees amid post-shutdown operations. Starting right after reopening, Universal has had to layoff Team Members at the end of July, and in September at several of its resort hotels including the Hard Rock Orlando, Loews Portofino Bay, and Cabana Bay Beach Resort hotels.

Are you surprised Universal has to lay off more Team Members? Why or why not? Tell us about it in the comments!