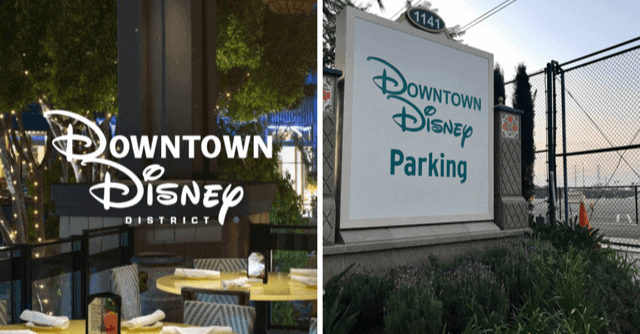 The Downtown Disney District had its phased reopening back in July, and ever since crowds visiting the district keep growing. With the area reaching capacity almost every weekend and with state and county restrictions lessening over time, Disney may working towards increasing their capacity at Downtown Disney as they are able to. It also seems like Downtown Disney will be adding a second parking entrance for Guests soon.

As Guests continue to wait on the Disneyland Resort’s theme parks to reopen, the Downtown Disney District has been open since July 9. After having to limit the area’s capacity due to the pandemic, the district tends to reach its smaller capacity often, with parking continually being paused on the weekend to avoid large crowds. But under California’s tier system, Downtown Disney is likely to be able to increase their available attendance soon.

Related: How Will Disneyland Reopen Under California’s New Tier Plan?

Thanks to @MagicAndWalnut on Twitter we got to catch a glimpse of a new Guest Parking Entrance on Katella Avenue. This may create an opportunity for another parking lot access point. It may also help to ease congestion when entering and exiting the Simba lot, which is currently the only open parking lot off of Disneyland Drive.

Remember: this entrance to the Simba lot has always existed; however, it was previously unused by the public.

A new #DowntownDisney guest parking entrance has been unveiled on Katella Avenue, creating a second (future) access point to the congested Simba parking lot at the @Disneyland Resort. pic.twitter.com/qiWqTiP3Da

Note that at this time, Disney has not made any official announcements about this parking lot entrance, and we don’t know when it will open to Downtown Disney Guests in the future.

If you are planning on visiting the Downtown Disney District, make sure you take a look at the Disneyland website for important information and what to know before you go. According to the Disneyland Resort:

What do you think of adding another parking entrance and more capacity to Downtown Disney? Let us know in the comments!