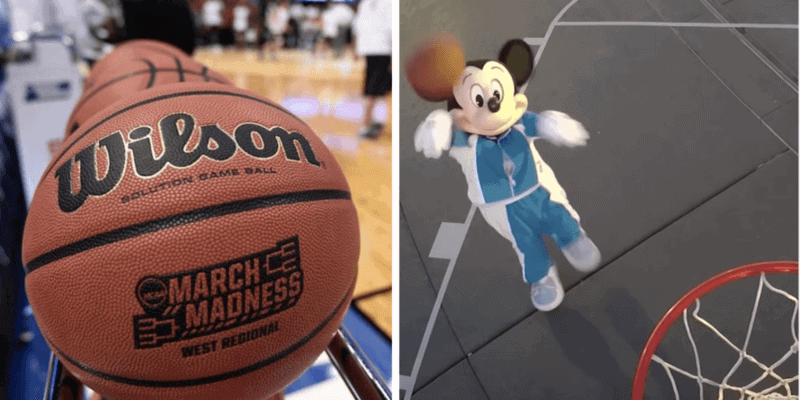 Earlier this year, amid the overall success of the NBA’s “bubble” at Walt Disney World Resort in Orlando, Florida, NCAA officials had been considering a similar set-up for some college basketball tournaments during the upcoming season.

At this time, there is set to be a 2020-2021 NCAA basketball season, although few details about how the league will handle the coronavirus pandemic (i.e. limited capacity in indoor arenas, player and coaching staff COVID-19 testing, etc.) have been released. However, it does look like the NCAA won’t be following the NBA’s footsteps as they have announced there will not be basketball events at ESPN Wide World of Sports in Disney World.

As per Disney-owned ESPN, plans to host multiple upcoming NCAA basketball events at Disney World have now been canceled:

ESPN is canceling plans to host eight of its men’s college basketball events at one location in Orlando, Florida.

The odds are good that the Power 5 conferences — the Atlantic Coast Conference (ACC), the Big Ten, the Big Twelve, the Southeastern Conference (SEC), and the Pac-12 — will lead the way in health and safety protocols this year, much like they have during the in-progress college football season.

The college basketball bubble was set to heavily utilize the ESPN Wide World of Sports Complex at Disney World, much like the NBA’s professional players did.

ESPN’s coverage of the abandoned plans for a college bubble included this statement from the company:

“ESPN Events set out to create a protected environment for teams to participate in early-season events in Orlando,” an official statement from ESPN said. “Based on certain challenges surrounding testing protocols, we opted to resume these tournaments during the 2021-22 season.”

College players would been present at Walt Disney World from November 25 through early December.

What do you think about canceling plans for a college basketball winter tournament bubble?

Comments Off on Disney World Will NOT Host Another Basketball Bubble