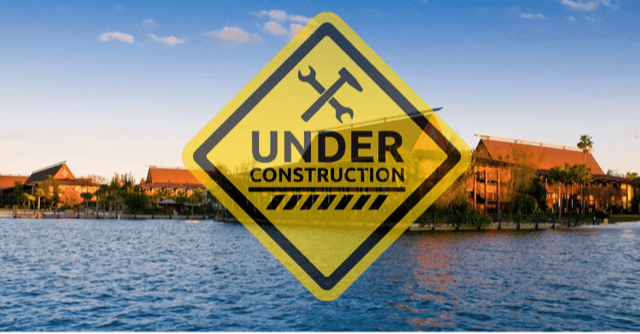 Walt Disney World’s Polynesian Village Resort is about to close for a lengthy refurbishment to be reimagined as a Moana themed resort.

Disney’s Polynesian Village Resort is slated to close on November 2nd for the major overhaul. However, there have been some noticeable changes to the resort already.

Thanks to @bioreconstruct on Twitter we are able to see recent changes to the structure of the Great Ceremonial House, which acts as the lobby and focal point of the resort. The original crossed beams that sit atop of the building are in the process of being removed.

If you're a frequent guest or visitor to Polynesian Resort you might find something odd about this photo. Great Ceremonial House is missing a significant number of signature crossed beams. This change is first part of a lengthy refurbishment. pic.twitter.com/YdhjoL98g3

This is just one of many changes coming to the resort that will be closed until July 2021. This big resort overhaul will be ready just in time for Walt Disney World’s big 50th anniversary! Here’s what Disney says about the changes to come to the resort:

One of the biggest changes will greet you right up front – a new porte cochere will showcase the iconic mid-20th century architecture the Polynesian is famous for. Our team from Walt Disney Imagineering and Walt Disney World have crafted a design inspired by colors, patterns and textures found throughout the resort.  This new entry features a high-pitched, open-truss roof covered in a thatch style. There’s also a bold façade that features pops of color complementing the Longhouses found throughout the resort. Along the Monorail station, bold new wooden screens will be covered with geometric patterns in bright, tropical colors that complete an exciting new composition that will greet you when you arrive.

Enhancements will also be made to the lush gardens and fountains that have welcomed guests to the resort since opening day.

The open and airy design of the entryway will feature dramatic lighting elements, including beautiful chandeliers inspired by glass floats, fishing nets and oversized bamboo elements. The new chandeliers will match the existing grand chandelier in the resort lobby, artfully bridging interior and exterior spaces.

We can’t wait to see how Disney’s Polynesian Village Resort changes over the coming months!

Thinking about heading to a Walt Disney World Resort soon? Let us help with your vacation planning! Click on the link to receive your free, no obligation quote!