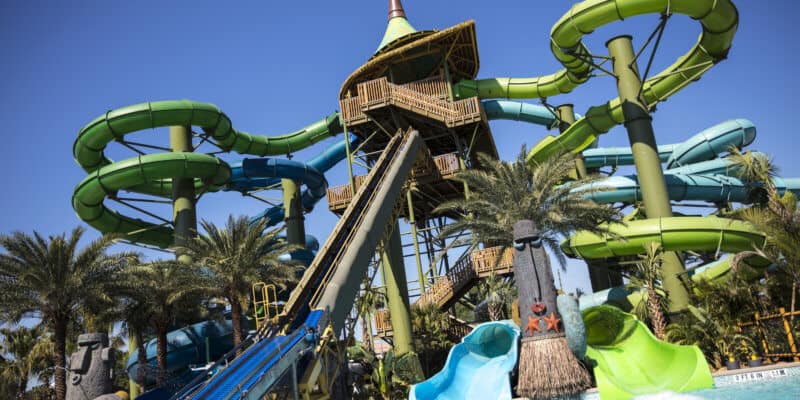 Back in October, we covered an injury lawsuit filed by James Bowden who was injured on a water slide at Universal’s Volcano Bay theme park. In a new report by The Orlando Sentinel, we learned that Universal has an outstanding debt to the ride manufacturer of the water slide in question. Let’s take a look into Universals 1 million dollar debt, and how that plays into the lawsuit against them.

This is a complex lawsuit so let us give some context as to what has happened so far,

First, ProSlide is a manufacturer hired by Universal to develop water rides for the new park. Universal opened the first water theme park Volcano Bay on May 25th, 2017. Injuries begin to stack up on Punga Racers, and James Bowden files an injury lawsuit. And all of that leads us to Wednesday where Universal and Bowden’s lawyers virtually put their cases to a judge.  Now that you have the important context, let’s look at the report from the Orlando Sentinel.

Bowden’s Attorney is reported as saying,

Bowen’s attorney David Buckner argued Universal knew for years there were problems on the ride but did nothing to fix it, leaving it open to the public. He called it a “physics problem” — riders, primarily heavier adults, traveled too fast as they passed through a wave of water at the end and into a runoff that wasn’t built long enough to slow them down safely.

Universal attorney Justin Kreindel acknowledged the park was aware of the problems but tried to take action. He called Bowen’s allegations at most an ordinary negligence lawsuit, saying it didn’t rise up to the extreme level of “reckless disregard” for punitive damages.

“This is not a case where Universal or its employees were ignoring all these problems and we’re looking the other way, and just saying, ‘You know what, We’ll do it later,’” Kreindel said. “Universal was actively seeking solutions to address these issues.”

Then Bowden’s lawyer discloses key information about a monetary dispute between ProSlide and Universal,

Buckner argued Universal’s more than $1 million dispute with ProSlide showed why Universal was hesitant to invest about $800,000 more to extend Punga Racers’ run-out further to stop the injuries.

“Universal cuts ProSlide out of the process,” Buckner said at the hearing. “They’re trying so hard not to have to pay ProSlide back and they don’t want to even tell ProSlide they’re having all these injuries, holding this information from ProSlide to get leverage over ProSlide ultimately in this dispute.”

If this statement by Bowden’s Attorney is true, it would mean Universal and ProSlide were already having a dispute over 1 million dollars before James Bowden’s injury, which they claim could be the reason Universal did not pay ProSlide additional money to fix a ride they knew was dangerous. However, these statements will be reviewed by the court and it is the Judge who will determine the outcome of this ongoing case.

Additionally, the Orlando Sentinel discloses this,

We will continue to monitor and report on this ongoing court battle, stay tuned to Inside the Magic for more information.