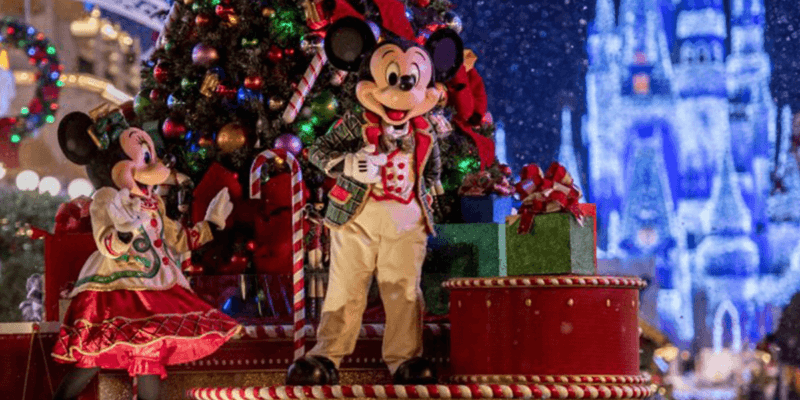 With the state of theme parks during the pandemic it raises an important question for fans, will the Disney parks still be decorated for Christmas?

Disneyland and Walt Disney World both have their own iconic decorations that come out once a year for the holidays. From the Christmas tree on Mainstreet in Disneyland or the thousands of lights that cover Cinderella Castle in Walt Disney World, fans look forward to seeing these familiar sights during their holiday visit.

Related: Will Disney Decorate For Halloween Without MNSSHP?

Disneyland which remains closed with no official opening date, and Walt Disney World which has been open but canceled their popular extra ticketed event Mickey’s Not-So-Scary Halloween Party.  At Walt Disney World, we do see the familiar Halloween decorations at the parks! Disney World has also announced a special character cavalcade, specialty food, and heaps of fabulous merchandise to help guests celebrate the Halloween season at the parks.

Related: Everything Disneyland Cast Members are Doing to Prepare for Reopening

So, what could this mean for Christmas? We spoke to guest services at Walt Disney World AND Disneyland Guest Services to find out!

This is what Walt Disney World Guest services had to say–

Yes, we would still be decorating for Halloween as well as the Holidays, great question!

This is what Disneyland Guest Services had to say–

While Disney has not released official information on Mickey’s Very Merry Christmas Party in Walt Disney World, we know now that even if the event is canceled we will still see decorations come to the parks and resorts!

We will continue to monitor and update any changes that occur at both Disneyland and Walt Disney World, so stay tuned to Inside the Magic for more information on the Holidays at Disney!

Are you excited about the decorations to arrive at the parks this year? Let us know in the comments!

Want to book a holiday vacation to Disneyland or Disney World? We can help!