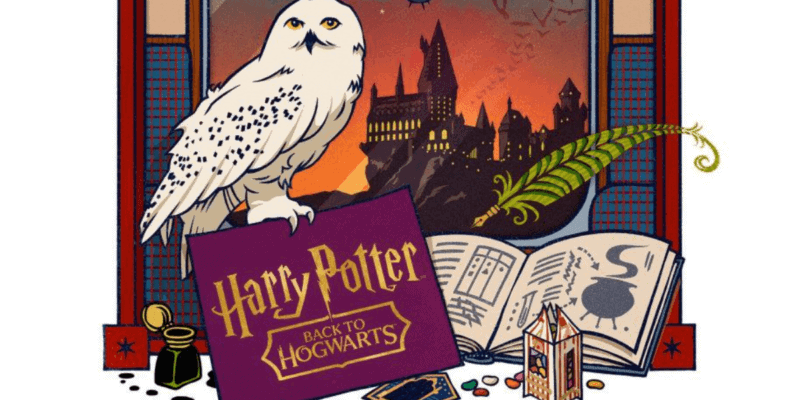 Get ready, Potterheads! The Wizarding World of Harry Potter has announced they will be celebrating their first virtual “Back to Hogwarts” event!

From August 28, September 1, take park virtually in experiences such as wand lessons, a Harry Potter movie marathon, and the first-ever “Back to Hogwarts” Livestream from Kings Cross Station. Find more information here or keep reading for all the details!

The announcement reads as follows:

ANNOUNCING A VIRTUAL DEPARTURE FROM PLATFORM NINE AND THREE QUARTERS…
HARRY POTTER FANS WILL STILL GO ‘BACK TO HOGWARTS’!

First ever digital Back to Hogwarts will bring the magic of Kings Cross home.

Each year, on September 1st, Harry Potter fans have gathered at London’s Kings Cross Station. At 11:00am precisely, they raise their wands joyfully to mark the Hogwarts Express’ departure from Platform Nine and Three-Quarters, as it takes students to the fabled school of witchcraft and wizardry for another year of magic and adventure. For the Class of 2020, the celebration has gone digital, so more fans than ever before can join in!

The Wizarding World extends an open invitation to come together virtually and join the very first digital Back to Hogwarts. This completely free, atmospheric, virtual event has been developed to help keep everyone safe and to be enjoyed from the comfort of home.

Starting August 29th, fans can check out the Back to Hogwarts Hub on WizardingWorld.com, where they can join the Harry Potter Fan Club, get Sorted and ready themselves to celebrate with an incredible selection of content, including:

On September 1st, more people than ever will be able to join the very first virtual, Back to Hogwarts Livestream and experience the excitement of a fan celebration at Kings Cross, (including the countdown) without leaving the house! The livestream will feature a mass of surprises and fun, including appearances from special guests, including James and Oliver Phelps (Fred and George Weasley) and Jason Isaacs (Lucius Malfoy).

In addition to appearances from the movie cast, the cast of Harry Potter and the Cursed Child is expected to make an appearance as well.

“I’m so excited to be playing a part in the first ever digital Back to Hogwarts,” said James Phelps. “2020 has definitely been a strange year and it’s really important that we all do everything we can to keep safe, including staying home. I hope fans will join us and keep the celebrations virtual.”

“The Wizarding World fans are the greatest and getting the chance to share this special day with people all over the world is going to be brilliant,” said Oliver Phelps. “I’m really looking forward to everything this Digital Back to Hogwarts has in store and it’s a bonus that we can all do it from the sofa!”

Fans will get to partake in trivia games and submit a picture of themselves to join the ‘Back to Hogwarts – Class of 2020’. Pictures will be turned into a mosaic, which will grow throughout the day as more fans submit, and the pictures will be put on display at Kings Cross Station to give the fans a truly virtual presence there.

The Livestream will also be supporting Lumos, J.K. Rowling’s nonprofit “to illuminate a path for children living in harmful orphanages and other institutions, to a brighter future.” There will be a button that fans can press to donate throughout the Livestream.

The “Back to Hogwarts” event kicks off at 5:30 a.m. EST on September 1st, and will be hosted by www.wizardingworld.com. It looks to be a fun way for witches and wizards all over the world to come together have an unforgettable magical time.

Have you ever taken part in the “Back to Hogwarts” event? Are you going to take part in this virtual event? Let us know in the comments!