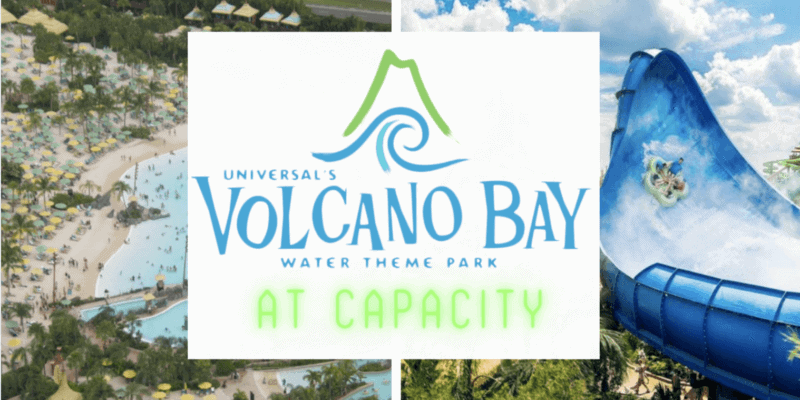 In this final view, you can see the large amount of people in the Volcano Bay wave pool as the COVID-19 pandemic continues. It is worth noting that Universal does have a capacity set and is not requiring face coverings at all times at Volcano Bay. Appropriate face coverings are recommended, but not mandatory in all areas of the park. Take a look at this official statement:

This contrasts with nearby Walt Disney World Resort’s policy that face coverings must be worn in all pool areas unless a park Guest is actually in the water. This means that walking on pathways and sitting on beach areas would not be allowed without an approved face mask. However at this time, the water parks at Disney World are not yet open.

Commenters on @bioreconstruct’s Tweets were concerned about the amount of park patrons and the apparent lack of face masks:

It is also worth noting that Volcano Bay, like the rest of Universal Studios Orlando, is currently operating at limited capacity during its phased reopening process. Therefore, the amount of people at the water park is limited compared to what it would normally be.

It’s likely that theme park visitors are flocking to Volcano Bay due to the recent announcement that the popular Universal Orlando land will be closing on select weekdays starting in September.

What do you think about these aerial images of Volcano Bay water park at capacity?