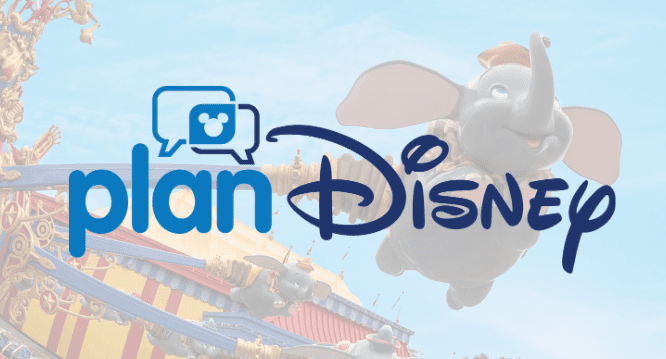 The wide panelist group has knowledge of Disneyland Resort, Disney Cruise Line, Walt Disney World Resort, Disney Vacation Club and runDisney. But according to the Disney Parks Blog, to encompass the larger makeup of the panel itself, Disney Parks Moms Panel is being rebranded.

The feminine Disney panel moniker has found some ire in Disney fans, as there has been more than just a “Mom” on the panel. Discussion is typically fervent online among panel advocates, and this year, Disney and the Disney Parks Blog has decided to rename the Disney Parks Moms Panel to planDisney. You’ll be able to reach the pro planners at planDisneypanel.com

This name change is new and most welcome. With inclusion being at the forefront of our minds, the new appellation includes any Disney Parks lover that wants to help other Guests with their most difficult, creative, and burning theme park vacation planning questions.

planDisney evokes the same word pattern as runDisney, shopDisney, and other branches of The Walt Disney Company. It’s inclusive, explanatory, and fun at the same time. There will be new Disney details on social media handles (such as Twitter, perhaps), website updates and more as the pixie dust is spread onto the new Disney expert website.

The Disney Parks Moms Panel (and now planDisney) has been the online Disney destination to reach the most experienced Disney Parks Guests for their Disney knowledge and heartfelt advice to plan a Disney vacation. Any Disney fan can submit a question about their magical Disney vacation and have it personally answered in a week or less by email. Thousands of answers also live on the forum servers ready to be searched on the site, where Disney knowledge is shared and discussed.

The application time period for planDisney, in the fall of each year, is when the Disney Parks Moms Panel typically makes the news and online forum headlines, and many Disney lovers try to find out what they can about how the application process works both as an applicant and behind the scenes.

Twelve eager parents made up the first class of the Disney Parks Moms Panel in 2008, and there has been a new class each year up to 2020. For the year 2021, there will be no open application process due to the 2020 temporary closure of many Disney Parks around the world, much less the frequently traveled Walt Disney World Resort. The class of 2020 will be extended an invitation to stay on for another year’s service and it’s possible as in other years, other panelists will fold in to enrich the diverse vacation experience team. Below, you can see the #DisneyMP class of 2017.

Have you applied for the Disney Parks Moms Panel, or as it will now be known, planDisney? Leave us a comment below with your thoughts on the new name!