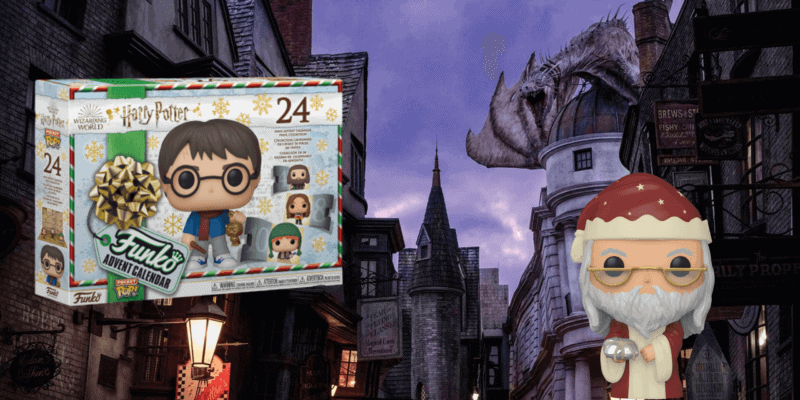 It’s been a few years since Funko started producing advent calendars, and every year we’re eagerly awaiting to see what’s coming for the holiday season.

There’s a new Nightmare Before Christmas advent calendar on the way already, and now Potterheads are going to be over the moon as a new Harry Potter Funko Pop calendar has just been revealed as part of the Christmas in July event.

Related: Create Your Very Own Wizarding Den To Read Your Favorite Harry Potter Books In

The Harry Potter Funko Pop advent calendar for 2020 will be packed with 24 new Pocket Pops which will largely remain a surprise. That being said, we know that we will at least be getting new variants of Harry, Ron, Hermione and Hagrid, as can be seen below:

Pre-orders are open already and despite many retailers selling the calendar for $50+, we have seen a great offer on Walmart for just $39.96 which can be found here.

The calendar is due to arrive in October so you have plenty of time to order before the festive countdown begins in December.

Funko also announced full-sized versions of some of the Pocket Pops that are set to appear in the advent calendar which you can see below:

Isn’t that Christmas Dumbledore just incredible? Given he appears here in full size we’d be very surprised if he didn’t make an appearance as one of the Pocket Pops in the advent calendar. Heres’s hoping that we get many more Christmas variants of the Harry Potter characters and magical creatures as they look great. It’s no doubt going to include some of the fan-favourite Harry Potter characters.

The only problem is storing all of this Christmassy goodness during the rest of the year!

What do you think of the new Harry Potter Funko Pop advent calendar? Let us know in the comments below!