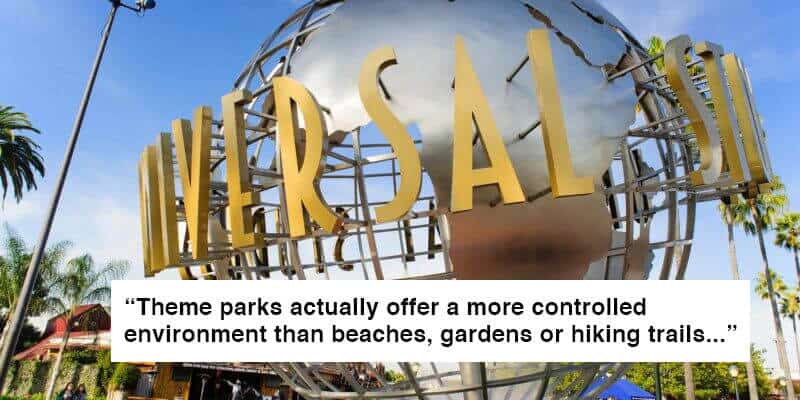 Universal Studios Hollywood, in addition to a few other theme parks in Los Angeles County, are now asking local officials to allow them to reopen between mid-June and July 1, as they say they are now able to do so safely without continuing the spread of the pandemic.

According to a new report by Variety, Karen Irwin, President and Chief Operating Officer of Universal Studios Hollywood, asked the L. A. County Board of Supervisors on Tuesday to allow theme park workers to return to work immediately in order to prepare for a reopening as she says that theme parks can be a safer environment than some other public places where citizens have already been allowed to return.

“Theme parks actually offer a more controlled environment than beaches, gardens or hiking trails,” said Irwin, speaking at a meeting of the county’s Economic Resiliency Task Force. Irwin also noted that theme parks are developing protective measures that will allow for physical distancing within the parks, in addition to the abilities of limiting capacity and managing guest flow.

Irwin continued: “We would like approval to begin the reopening process immediately in order to get our employees back to work. L.A. County parks will be ready to begin reopening between mid-June and July 1.”

Irwin continued defending her request by bringing attention to reports that claim international travel will not return to 2019 levels until 2023, pointing to the fact that the parks will be dependent entirely on local visitors. Irwin referred to the fact that Las Vegas is reopening its casinos and argued that L.A. County residents should also have local options.

As we’ve previously shared, Universal Orlando is currently gearing up for a reopening to Annual Passholders beginning Wednesday, June 3, with a general reopening to the public on Friday, June 5. This reopening has seemed to begin the trend for Universal parks reopening not only in North America but around the world as Universal Studios Japan also recently announced their reopening.

What are your thoughts on Universal Studios Hollywood possibly reopening as early as mid-June? Let us know in the comments!