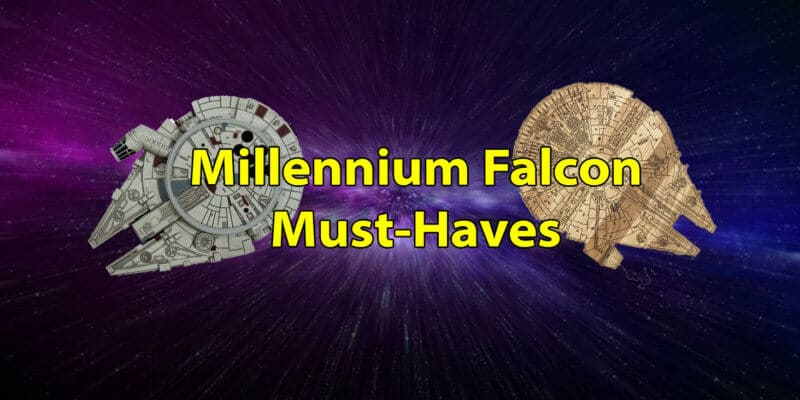 Not only has it made the Kessel Run in less than 12 parsecs, now Han Solo’s iconic ship helps out at home, too. A pair of out of this world home helpers, these Millennium Falcon must-haves are sure to delight fans of the ship.

Moving from must have to must see, we’ve also uncovered an amazing LEGO build of the famous smuggler ship.  Over six feet long, this massive manifestation contains over 50,000 original LEGO pieces! 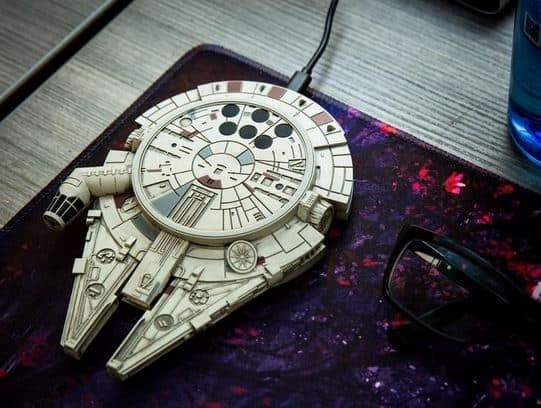 Star Wars changed (and charged) movie merchandising when it burst onto the screens in the late seventies. Today, collectibles practically come standard with blockbuster films. For example, as The Empire Strikes Back celebrates its 40th anniversary, new figures and statues serve fans fever for celebrating the famed space sage.

Millennium Falcon Must-haves for the home

Toys, games, and collectible figures make great memorabilia, but finding practical pieces that provide a degree of everyday usefulness tend not to share much of that stage.  Fortunately, we’ve spotted a pair of ‘Falcon-fueled fun finds to fill this niche. 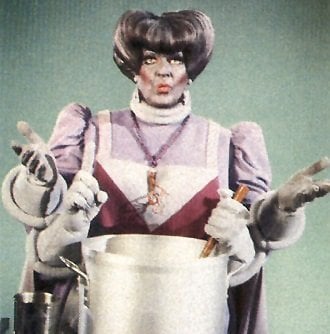 First up, from Promi Design. a super sturdy selection for the kitchen. Arriving at just under an inch thick, this 10.6” x 14.5” Millennium Falcon board is a tool we’d imagine to be found on Chef Gormaanda’s cooking show (Star Wars Holiday Special).

However, thanks to Amazon, this fine Corellian replica resides in our galaxy.  Galactic chefs might even want to use this board to serve up a batch of Millennium Falcon shaped meat pies! 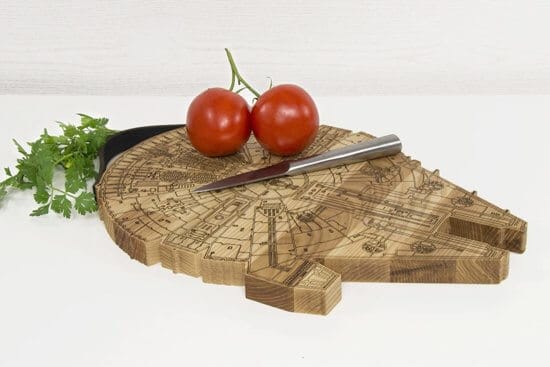 This is one of a kind, rustic cutting board with engraving of a cosmic ship Millennium falcon! It is a gem of gift to someone, who loves cooking and Star Wars 🙂 Chopping board has natural leather handle that is attached with stainless bolts – so you can wash it safely. Wooden part of this cutting board is made from glued solid wood. It has oil covering that adds durability and helps to keep it safe from water affect and makes it a long-lasting kitchen accessory. -Amazon 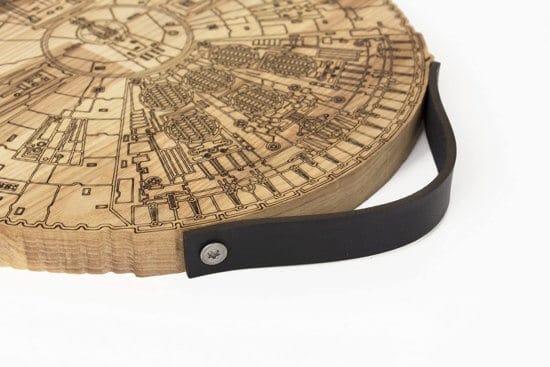 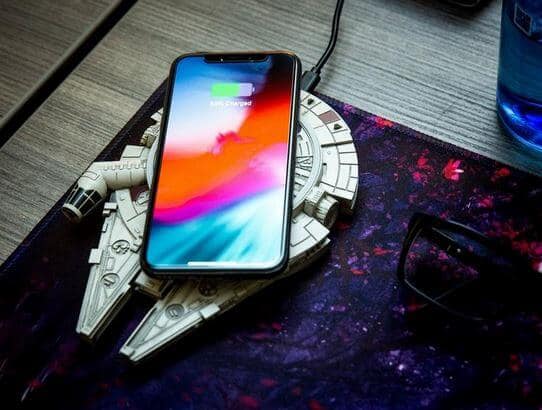 Millennium Falcon Wireless Charge Pad It may not look like much, but it’s got it where it counts. Compatible with Samsung, Apple and any other device that has wireless charging capabilities, she’ll have your phone topped up in light-speed. This pad is also a detailed replica of the fastest hunk of junk in the galaxy, which will look super stylish and cool on your desk. Plus, the thrusters glow blue when your device is fully charged. This deal is definitely getting better all the time. -GameStop 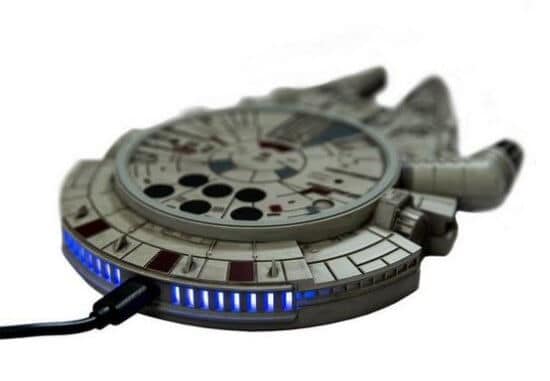 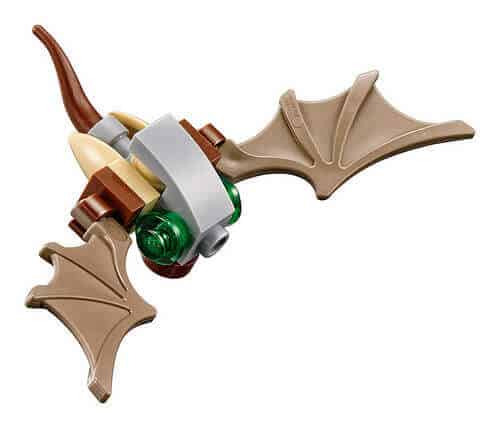 However, it seems making the 33-inch by 22-inch LEGO model may not have been grand enough for one fan. As revealed by Beyond the Brick, Elvind Lokken crafted a 6 FEET long, 4 feet wide, 1/20 scale replica of the famous freighter.  His creation used 55,000 LEGO pieces.

Source and images: Amazon, Game Stop, Beyond the Brick