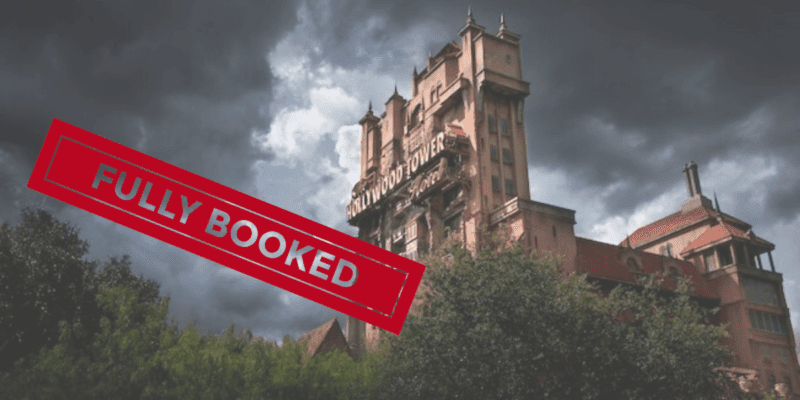 This story has been updated since its original publication.

Since the Walt Disney World Resort opened its new park reservation system to future Guests, there have been many reports spread across the internet claiming certain parks are completely booked on certain days.

But there are four days we can confirm that no longer have any availability for the reopening day for Disney’s Hollywood Studios, and the three following days.

To the Guests holding out hope that they could be one of the first to ride Rise of the Resistance, or take that first drop on Tower of Terror, it appeared that every reservation available for Disney’s Hollywood Studios on its reopening day, July 15, as well as on the subsequent days of July 16, July 17, and July 18 are already taken.

But Inside the Magic has since learned that there is a new hope for fans looking to return to Star Wars: Galaxy’s Edge as soon as possible. Walt Disney World will, reportedly, release more park reservations for Annual Passholders to claim once it is their turn. However, we still do not have word, at this time, what that means for the existing ticket holders who will have to wait two more days.

All would-be Guests anxiously awaiting their turn to secure their next park visit can click this link to go to the availability calendar to see an up-to-date account of which parks have reservations still available and on what days.

For those Guests still waiting, Disney made the following announcement promising more information as they prepare to make their reservations:

Remember that reservations are valid for one park per day. No Park Hopping options are available at this time.

Were you able to claim a reservation for Disney’s Hollywood Studios on its reopening day? Let us know in the comments!