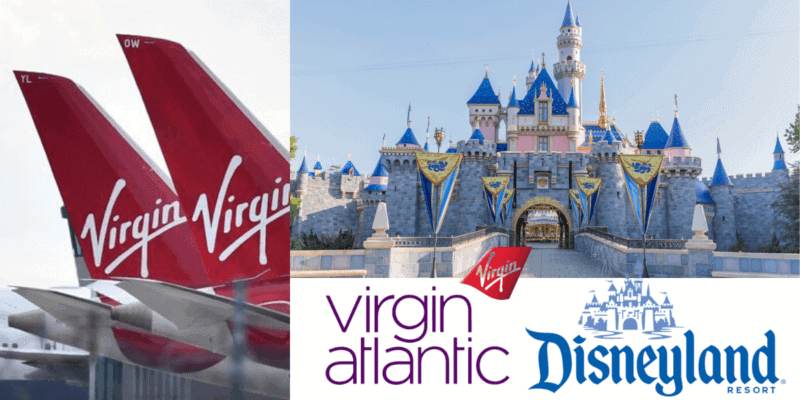 Virgin Atlantic, one of the world’s largest flight operators is to cut over 3,000 U.K based jobs thanks to the economic impact of the COVID-19 virus.

The Guardian and the BBC both reported today that the company will not only let go of a huge number of U.K-based staff, but it will also cease flying to and from Gatwick Airport. Gatwick is the U.K’s second largest airport and flying out of it is often a key need for Brits looking to holiday in America.

Though Heathrow airport is still an option, Brits like myself are now looking at considerably reduced options when trying to fly abroad to Disney and Universal hubs from London.

Without Sir Richard Branson’s company, many U.K theme park fanatics will be forced to fight over reduced services from different airlines like British Airways. Sadly, following suit with Virgin Atlantic, BA has also suggested that the Gatwick airport route might not last forever.

Other airports around the country like Manchester and even Dublin do have smaller airlines that fly to America, but the hit to big-player Virgin Atlantic shows that no airline is safe in the current climate.

The effect of Virgin Atlantic closing the Gatwick route on Americans

Fortunately for most of our readers, Virgin Atlantic is a U.K based service and the U.S has numerous airlines including Delta Airlines with huge hubs in Orlando and Los Angeles. Travel between the American theme park destinations is thus unaffected by this announcement.

Internationally, however, Virgin Atlantic does fly out of both Orlando and L.A to London, Hong Kong, and Paris; but again there are other airline options.

The removal of the Gatwick Airport service does mean that those wishing to travel with Virgin Atlantic are significantly more reduced in terms of ways of getting to England. Many visitors looking to get to Disneyland Paris have in the past extended their trip by taking a few days in London first, before getting the Eurostar train direct to the park.

Any passenger traveling across the Atlantic to London with Virgin will now have to land at Heathrow airport, with potentially fewer flights available. However, once again there are significantly more international airlines available for flights to both Paris directly and London for American passengers.

Virgin Atlantic is currently applying for emergency loans from the UK government. More as we hear it.

Had you planned a trip with Virgin Atlantic? Are you a Brit like me who relies on the Gatwick Airport service to visit your favorite Disney parks? Let us know in the comments below.