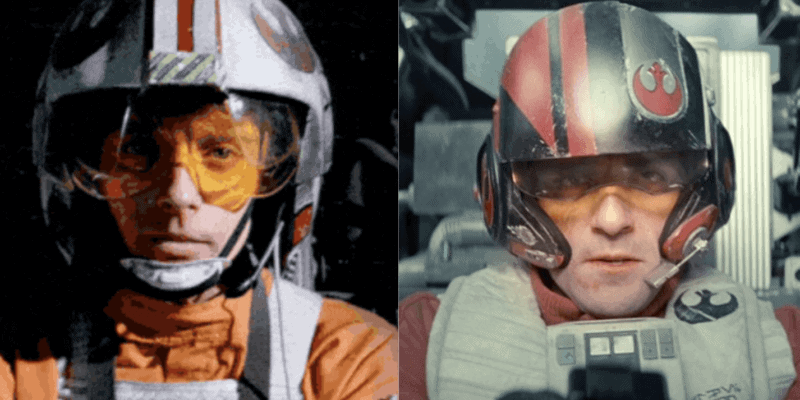 Star Wars and Kenny Loggins aren’t usually used in the same sentence, but we can’t get enough of this X-wing scene video compilation set to the Loggins hit, “Danger Zone.” The Star Wars fan video was shared by user Jackson McKay on BoingBoing. He also credits Emmett K in the caption.

This X-Wing tribute includes all of the scenes that feature the fighters from 7 total Star Wars films: the original trilogy (Episode IV: A New Hope, Episode V: The Empire Strikes Back, Episode VI: Return of the Jedi), the sequel trilogy (Episode VII: The Force Awakens, Episode VIII: The Last Jedi, and Episode IX: The Rise of Skywalker) , and Rogue One: A Star Wars Story.

We’d never thought about it before, but the Top Gun theme song is the perfect ode to X-wing pilots, who took their lives in their hands daily during the Rebellion’s long fight against Imperial forces and the First Order.

“Revvin’ up your engine, listen to her howlin’ roar. Metal under tension, beggin’ you to touch and go.”

You may not live on a Resistance base, but you can still bring an X-wing home with this incredible LEGO set that features Poe’s instantly iconic orange X-Wing fighter!

BB-8 not included, although you do get an R2-D2 LEGO figure with the set.

Any Star Wars fan who has always dreamed of owning a starfighter will also enjoy this Resistance Y-wing micro fighter LEGO set that comes with a Zorii (Keri Russell) minifigure.

There is also a TIE fighter LEGO set for those who prefer the dark side of The Force.

Coming Up For Rogue One

While the Skywalker saga has officially come to an end, fans of Rogue One characters still have something to be excited about. Disney+ is developing a Cassian Andor streaming series that will explore the Rebel spy’s adventures during his early years fighting the Galactic Empire.

As per Disney’s official statement about the Andor series storyline, it will follow him “during the formative years of the Rebellion and prior to the events of Rogue One: A Star Wars Story…The rousing spy thriller will explore tales filled with espionage and daring missions to restore hope to a galaxy in the grip of a ruthless Empire.”

What are your thoughts about this Star Wars X-wing video compilation? We’re off to watch it again!