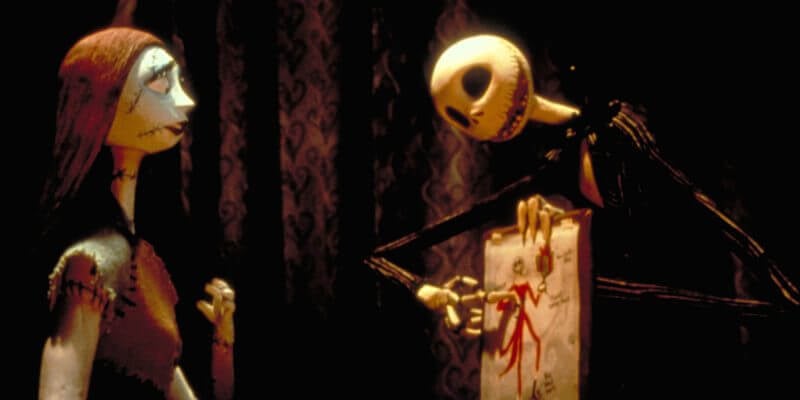 If you’re looking for a fun and spooky activity to share with your kids, check out this fun The Nightmare Before Christmas themed digital escape room hosted on Outschool!

The escape room is set-up as a “one-time class” on the website by certified teacher Aaron Potstick, who will act as the moderator. Like traditional escape-rooms, the sessions must be booked and can hold between 5-10 kids. The recommended age range is 11-16; however, parents are encouraged to sit in and support!

It appears that the escape room is based loosely on the events in the film, as pumpkin king Jack Skellington has successfully captured Santa as he tries to bring Christmas to Halloween. It is up to YOU to make your way to Halloweentown, solve the nightmare, and rescue Santa Claus!

The Halloween film The Nightmare Before Christmas was released in 1993. The movie has remained a cult-classic for its iconic stop-motion animation, witty script, and phenomenal soundtrack.

In the official description about the puzzles included in the escape room, it states:

“After finding the way in to Halloween Town, the first puzzle is a complex lock to even enter the abandoned warehouse where Santa is being kept.  After that, the rescue team is met with a large metal door with a touch screen on it.  There is a design that needs drawn onto it for the door to open.  Once through the metal door, you enter a room with no doors or windows, but a wall of letter wheels to be put in just the right positions.  If you pass the third puzzle, the wall will raise up to reveal a stone wall with hidden etchings.  Figure what you need to do to which stone to enter the safe room where Santa is being kept.  Only the best problem solvers will get Santa out of his enclosed vault.”

Based on 40 reviews that span back to October of 2019, the escape room currently has 5 stars. Reviewers seem to commend the challenging nature of the experience and the moderator’s ability to help guide the participants.

The room is considered “high demand” on Outschool, so keep an eye out for available times to book it!

Are you a fan of The Nightmare Before Christmas? What are your thoughts on digital escape rooms? Let us know in the comments!