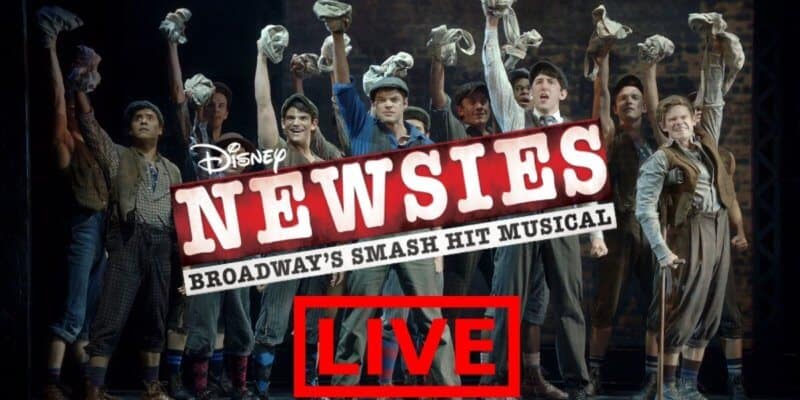 Calling all fans of the hit Broadway show, Newsies! You won’t want to miss out on this special.

Disney on Broadway Live is hosting a Broadway musical Newsies special, which we now know will feature some of our favorite Broadway stars from the show! A live conversation will be airing which will be hosted by Broadway cast member Kara Lindsay, who played Katherine on stage. It will also feature some special guest appearances from stars like Andrew Keenan-Bolger (Crutchie), Tommy Bracco (Spot Conlon), and Aaron Albano (Finch and Ensemble).

According to Broadway World, “Newsies is based on the 1992 movie and inspired by the true story of the 1899 Newsboys Strike and is a musical capturing the strength in solidarity when people join together and stand up against injustice. Winner of 2 Tony Awards, the show features a funny, poignant book by Harvey Fierstein and stunning music by Alan Menken & Jack Feldman.”

Be sure to join Disney on Broadway Live on Monday, May 18th at 3 pm EST. You won’t want to miss this.

Disney on Broadway’s Instagram page is always dishing out new and exciting content, such as this amazing Mary Poppins workshop, where viewers had the opportunity to learn the music and choreography to the hit Broadway musical Mary Poppins with teaching artist Lauren Chapman and special guest Ashley Brown.

You can watch this full workshop below.

Will you be tuning in to Disney on Broadway Live for a fun conversation with some of the Newsies cast? Let us know in the comments below.