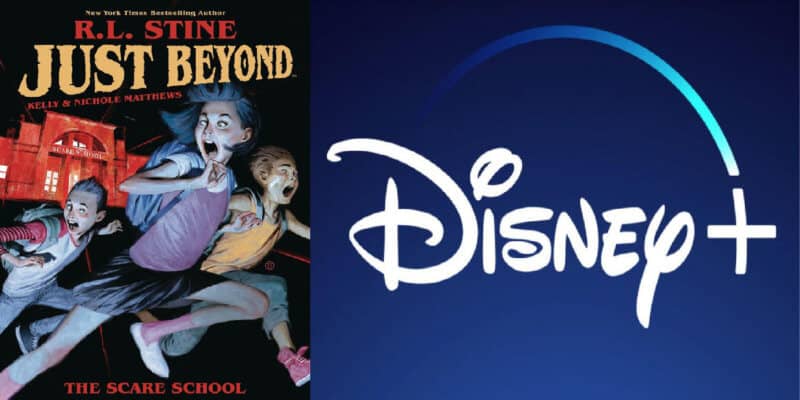 Viewer beware, you’re in for a scare!

It has just been announced that Disney+ has officially ordered an 8-episode series of Just Beyond, based on the graphic novels by R.L. Stine! Fans will recognize Stine as the creator of the iconic Goosebumps series, which has spanned almost 30 years of books, TV shows, and films.” The show is written by Seth Grahame-Smith, well-known for other works such as Pride and Prejudice and Zombies and Abraham Lincoln: Vampire Hunter.

Related: “Everything Coming to Disney+ In May 2020”

Did you know that back in the late 90s, there was a Goosebumps themed attraction at Walt Disney World? R.L. Stine revealed his enthusiasm for working with Disney, describing himself as a huge Disney fan and stating,

“I’m thrilled to be back with Disney for the TV series based on my graphic novels. Writing “Just Beyond” for BOOM! Studios has been a joy from the beginning, and I’m so happy to have the wonderful screenwriter Seth Grahame-Smith bring the series to life on Disney+. How lucky can I be?”

Likewise, Grahame-Smith is also very excited about the partnership, stating,

“I’ve always wanted to make a genre anthology series that families could enjoy together, and do it in a way that delivered for kids and adults alike. R.L. Stine has been a part of millions of childhoods, and Disney+ has already proven itself as a place that knows how to make high-quality shows for the whole family. I couldn’t be more excited to be working with both of them.”

The series is expected to arrive on Disney+ in the Fall of 2021 and is being produced by 20th Century Fox Television.

The graphic novel that the show is based on is a 4-volume supernatural horror series published by BOOM! Studios. The official synopsis of the first volume, Just Beyond: Scare School, reads:

After a chance encounter with a deadly creature stalking the school halls, these three unsuspecting students are whisked away to a horrifying realm beyond the school boiler room where they must unravel a terrifying mystery. Can they save the kids they find there and escape themselves, or will they be forever trapped Just Beyond?”

Are you a fan of the works of R.L. Stine and are looking forward to this series? Let us know in the comments!

Comments Off on “Just Beyond”: Series Inspired by Goosebumps Creator R.L. Stine Coming to Disney+