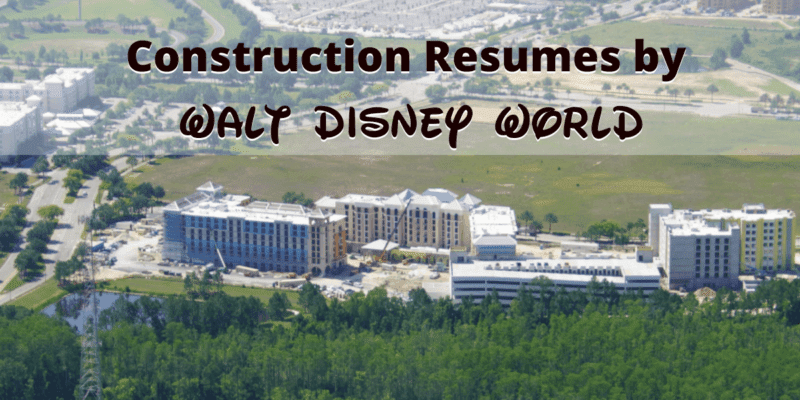 All domestic Disney Parks remain closed indefinitely without a reopening date announcement as of yet. However, it appears with the Florida Reopening Phase 1 permissions, some construction projects have resumed.

Thanks to a recent aerial image from @bioreconstruct, we can see some work being done in the New Flamingo Crossings construction project adjacent to the Walt Disney World Resort.

Just a few days ago, we reported about the new permits that had been filed for this project, noting that Walt Disney Imagineering is listed as the owner, and Hoar Construction has been contracted for the work. The permit also states several addresses on streets that do not yet exist, including “Ambersweet Lane,” Sugar Belle Drive,” and “Ruby Red Place.”

These new aerial images by @bioreconstruct show the site in progress.

This twitter account shows aerial images of the Walt Disney World so you can see it like you never have before. Views of Magic Kingdom, Star Wars: Galaxy’s Edge at Disney’s Hollywood Studios, EPCOT, Disney Springs, and other magical locations.

If we compare the permits to the site images, we could guess potentially the construction might be of the future Walgreens that has been announced for the site location.

Disney’s new College Program Housing is set to be built nearby in addition to “Target, who recently announced a creative retail collaboration with Disney, will serve as the primary anchor. Tenants representing PDQ, Bento Asian Kitchen + Sushi, Five Guys, Ben & Jerry’s and Dunkin’ brands are among the first tenants to secure locations in the retail hub, and a Walgreens will soon be under construction on a out parcel,” an announcement Disney made in a release last year.

We also recently reported on another announcement for continued construction on the west coast for the new highly-anticipated Avengers Campus coming to Disney California Adventure.

Even though there is still much uncertainty regarding park operations and reopening dates currently, it brings hope to see work continue in a glimmer of hope that life will resume and return to normal in a not-so-distant future.

Inside the Magic will continue bringing you the latest in Disney News and magical content, so be sure to keep checking back with us and subscribe to our newsletter so you don’t miss a thing. See ya real soon!

Comments Off on Construction Continues on Latest Disney World Development